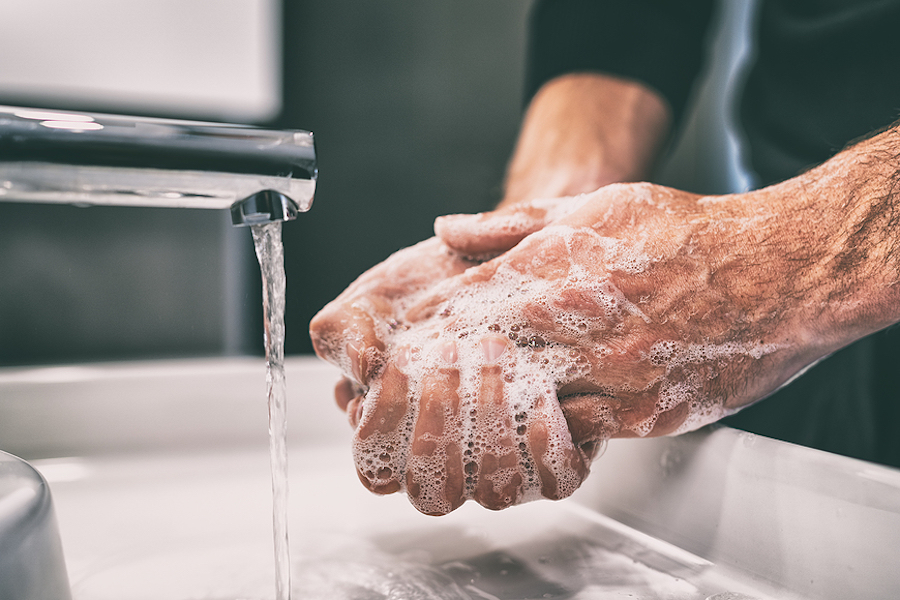 Handwashing remains an essential practice for curbing the spread of the COVID-19 virus and has played an important role in reducing bacterial and viral contamination around the globe. Ideally, individuals would incorporate the habit into their everyday routines. Unfortunately, many have not.

In a paper in the American Economic Journal: Applied Economics, authors Reshmaan Hussam, Atonu Rabbani, Giovanni Reggiani, and Natalia Rigol investigate whether it is possible to use technology to help people transform handwashing into a habit.

They distributed liquid soap dispensers to households in rural India during wintertime, the peak season for acute respiratory infection caused by the spread of germs. The dispensers had time-stamped sensors to track their behavior. Every two weeks, surveyors visited each home and collected daily performance data. While one group did not know their behavior was being tracked, another group received feedback on their daily behavior and small financial incentives (in the form of tickets they could redeem for household goods) for washing at dinnertime. 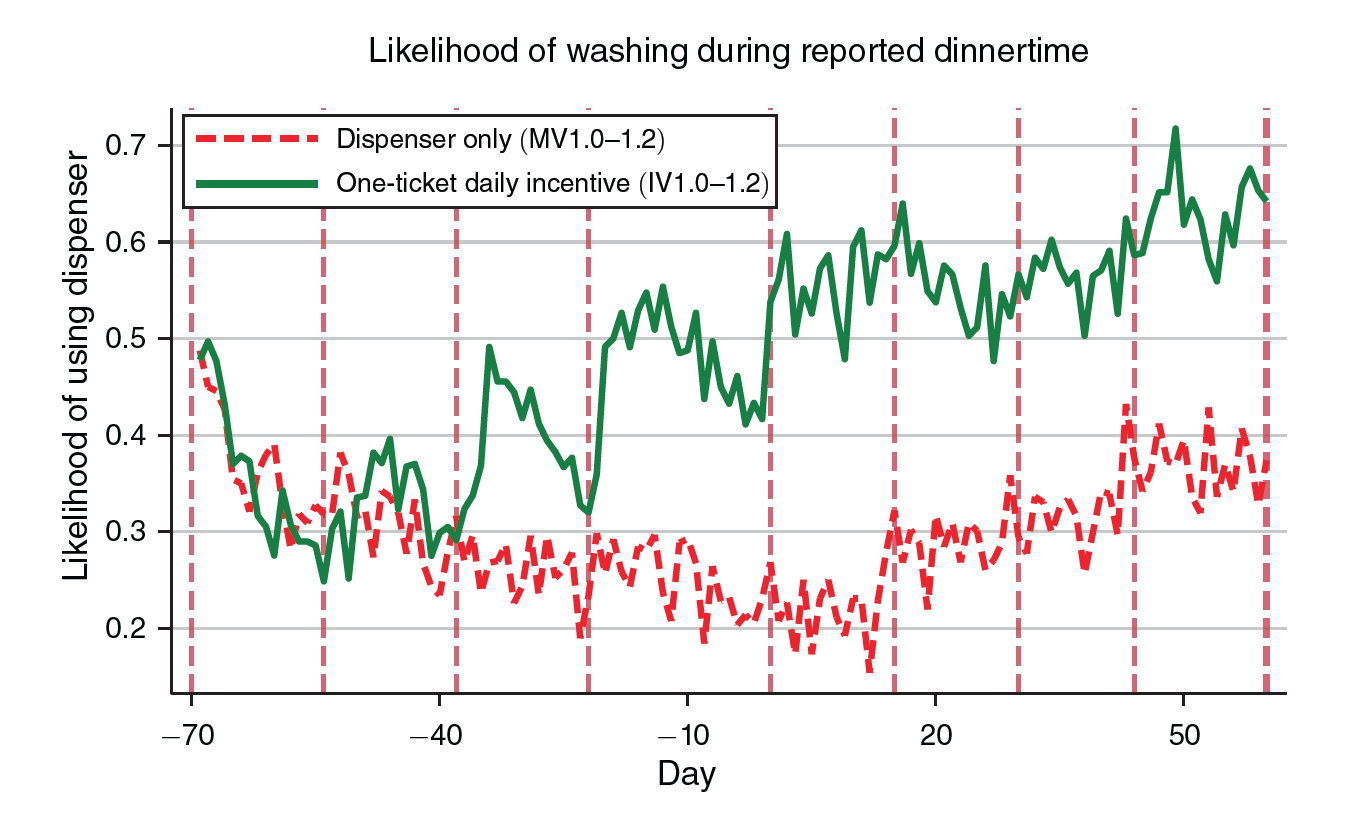 Figure 2 plots dinnertime handwashing rates across households that received only the dispenser (dashed red lines) and those that additionally received the feedback on performance and financial incentives (green). The dashed vertical lines represent the dates of surveyor visits. The timeline tells two important stories.

First, the visits seemed to provide a kind of reminder, or social incentive, to wash hands. Even though households were being paid for every day of washing, handwashing consistently spiked after a visit among incentivized households.  Second, over time, these spikes became less prominent and washing among these households became consistently high (relative to the dispenser only group). This suggests that over time, households developed a habit of daily washing, making the reminders from visiting surveyors lless necessary. The impact of the incentives was large: households that received tickets washed 62 percent of the time, relative to 36 percent for those who received only the dispenser.

Incentivized households continued to wash hands at higher rates for several months after incentives stopped, but their behavior eventually decayed to the level of the dispenser-only group. However, when winter rolled around again the following year, these previously-incentivized households started washing nearly twice as much as their dispenser-only counterparts. This suggests that they did actually make seasonal handwashing a long-term habit.