How did the rollout of Facebook affect the mental health of college students? 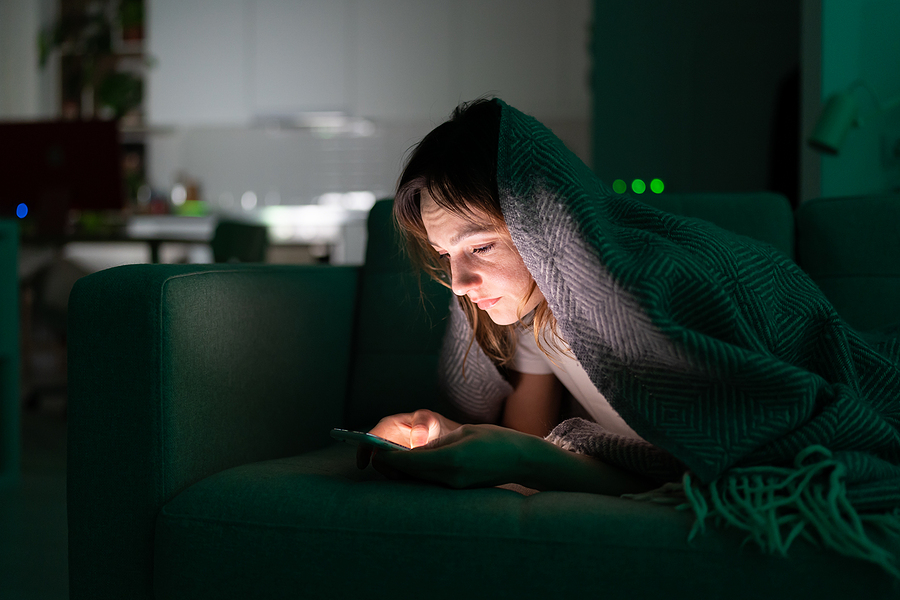 The share of American adults who use some form of social media increased from 5 percent in 2005 to 79 percent in 2019. At the same time, the amount of hours spent online has also rapidly increased, especially for the young.

Yet, social media platforms may come with a hefty price, according to a paper in the American Economic Review. Authors Luca Braghieri, Ro'ee Levy, and Alexey Makarin examined the impact of Facebook on the mental health of US college students and found significant negative effects.

Facebook was created in 2004. But before being made available to the general public in 2006, it was slowly introduced to US colleges, with some campuses gaining access before others.

This staggered rollout allowed the authors to estimate the real effect of Facebook on mental health indicators among college students. Figure 1 from their paper summarizes their main results. 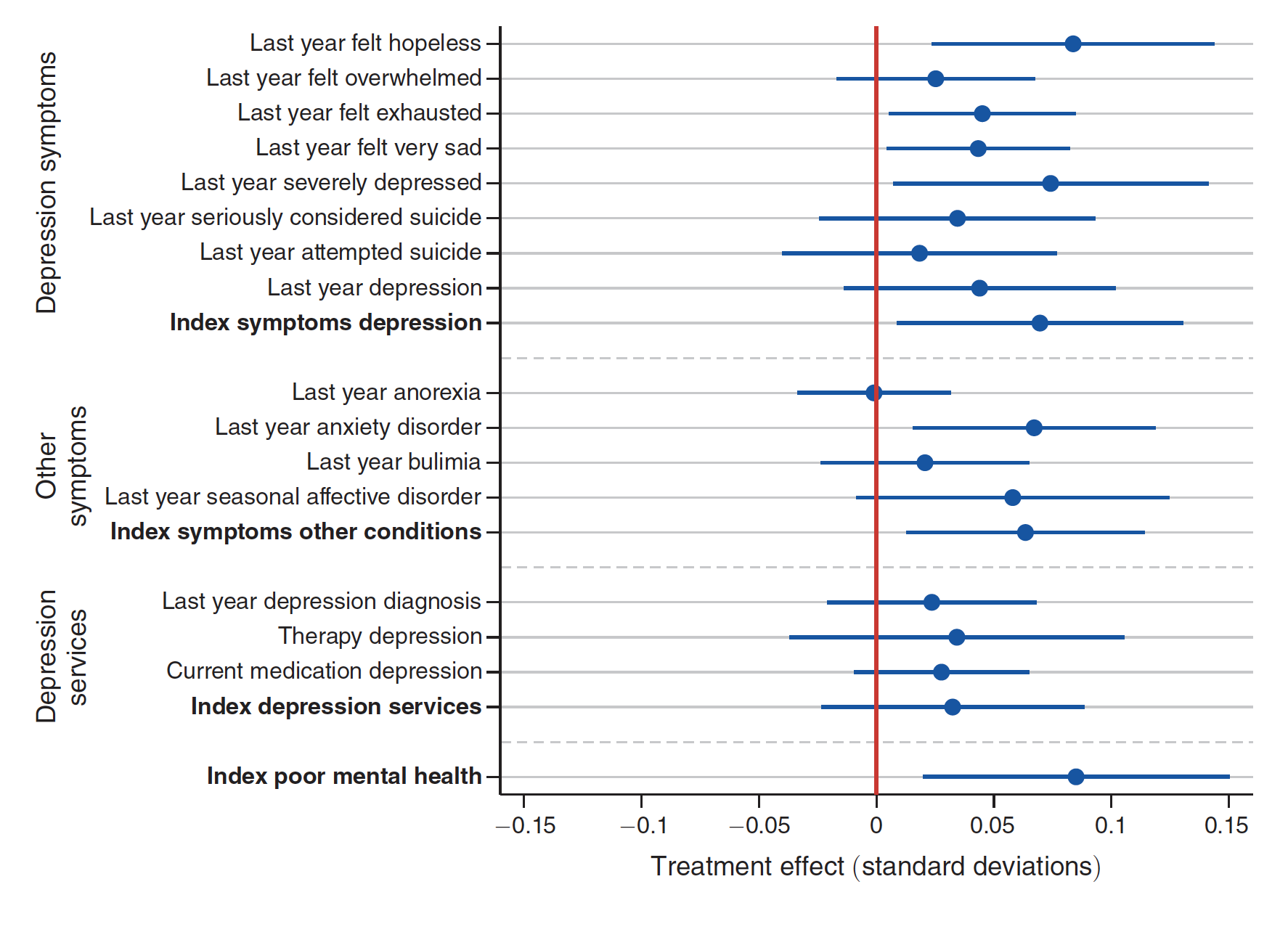 The chart shows the effects, in standard deviations, on depression, other mental health issues, and the use of depression services, revealing that most of the dimensions of mental health in the dataset were negatively affected by the introduction of Facebook. For instance, students on college campuses with Facebook reported feeling hopeless in the previous year almost 0.1 standard deviations more often than students on college campuses without Facebook.

The authors also show that the longer students were exposed to Facebook, the worse their mental health indicators became. Overall, the findings are consistent with the popular assumption that social media is partly responsible for the recent deterioration in teen mental health.

“Social Media and Mental Health” appears in the November 2022 issue of the American Economic Review.