What are the effects of enrolling younger children in a pre-K program? 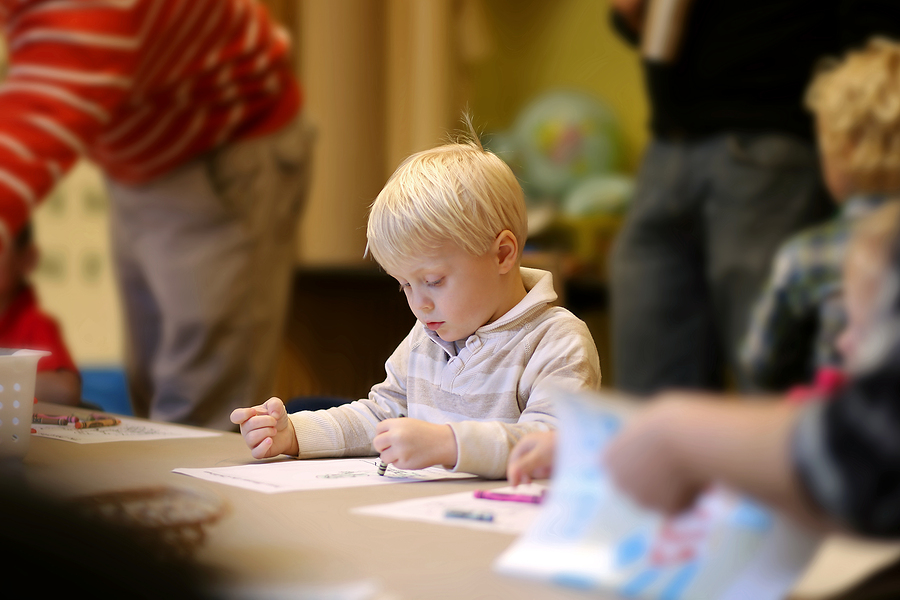 A 3-year-old boy colors a picture in his pre-K class.

Much attention is being paid to college access and rising costs in the US. But policymakers are not just concerned with the capstone of students’ education. There is growing emphasis on when children start their schooling too.

More than 3 million students are enrolled in kindergarten programs and many cities and states are considering publicly subsidized preschool. Early childhood education has even become a campaign issue for 2020 presidential contenders.

“We are the wealthiest country on the planet,” Massachusetts Senator Elizabeth Warren said. “High-quality care and early education shouldn’t be a privilege that’s reserved only for the rich; it should be a fundamental right.”

Yet, there are open questions around exactly what the impacts of preschool are, who it benefits most, and at what age children should begin their formal education.

In the May issue of the American Economic Journal: Economic Policy, researchers Thomas Cornelissen and Christian Dustmann investigate the effects that universal early schooling had on the intellectual and emotional development of kids later in life.

An early school start that is universal is beneficial and can have long-lasting effects on some noncognitive skills, and positive effects on children of low socioeconomic backgrounds.

“An early school start that is universal is beneficial and can have long-lasting effects on some noncognitive skills, and positive effects on children of low socioeconomic backgrounds,” Cornelissen said in an interview with the AEA.

There is still controversy about when children should leave play-based programs and begin formal schooling. In Germany, for example, children enroll at around six years old, and there is a widespread belief that play is an important part of their development.

Other studies have shown positive effects of early schooling, especially for disadvantaged children. But those studies focused on targeted programs like Head Start program or the Perry Preschool Project. Cornelissen and Dustmann were interested in the broader effects of universal schooling that would affect kids from a variety of socioeconomic situations.

They looked to the United Kingdom, where formal schooling begins at age four. Children are allowed to enroll at three different points throughout the academic year.

The authors compared children across regions where school entry rules vary, comparing children who were allowed to enroll earlier to those who entered in later terms. Children old enough to enroll for the entire year provided a control to smooth out other geographic differences.

Childcare in England
Attendance rates for formal childcare among preschool children in England are high. Only 10 percent of 3- to 4-year-old children receive parental childcare only, with a majority of kids enrolled in center-based programs.
Source: Table 2

One additional term increased language and numeracy skills at age five by 6-11 percent, and were especially pronounced for disadvantaged boys, for whom test scores improved by 16-20 percent. Early schooling closed the achievement gap between poor boys and their wealthier peers by 60-80 percent. The effects dwindled two years later, however, and disappeared almost entirely at age 11.

Effects on noncognitive skills were longer lasting. Kids benefited from improved physical and creative development, as well as socially and emotionally. Students showed improved academic interest and exhibited less disruptive behavior during class as they got older. And the impacts, while slightly smaller in magnitude than cognitive measures, lasted through the child’s adolescence.

“School enjoyment and confidence seems to be a little higher,” Cornelissen said. “And we have a measure of disruptive behavior, such as disrupting class or violent behavior toward classmates, and there we find a reduction of that.”

As for why disadvantaged boys benefit the most, psychology research suggests it could be due to providing a healthier environment than what the boys would have been exposed to at home. There is some evidence that girls are less affected by a difficult family situation than boys at an early age. Thus, if boys suffer more from being at home, then the effects from being in a structured pre-K program are going to be larger.

Parents in the US who are rethinking whether to “redshirt” their child for kindergarten should be cautious about taking these results at face value. The study did find benefits to enrolling with the same group of students a few months earlier, but in the US, that’s not an option. Kids are held back for an entire year and enroll with an entirely different group, something the authors didn’t study.

“It could still be beneficial for children to be held back by a full year because they could gain an age advantage,” Cornelissen said. “But being held back by just a term, that’s negative, according to our findings.”

"Early School Exposure, Test Scores, and Noncognitive Outcomes" appears in the May issue of the American Economic Journal: Economic Policy.

Why are some schools surprisingly good at producing star math students?

An interview with Melissa Kearney about the impact of educational television on young children.