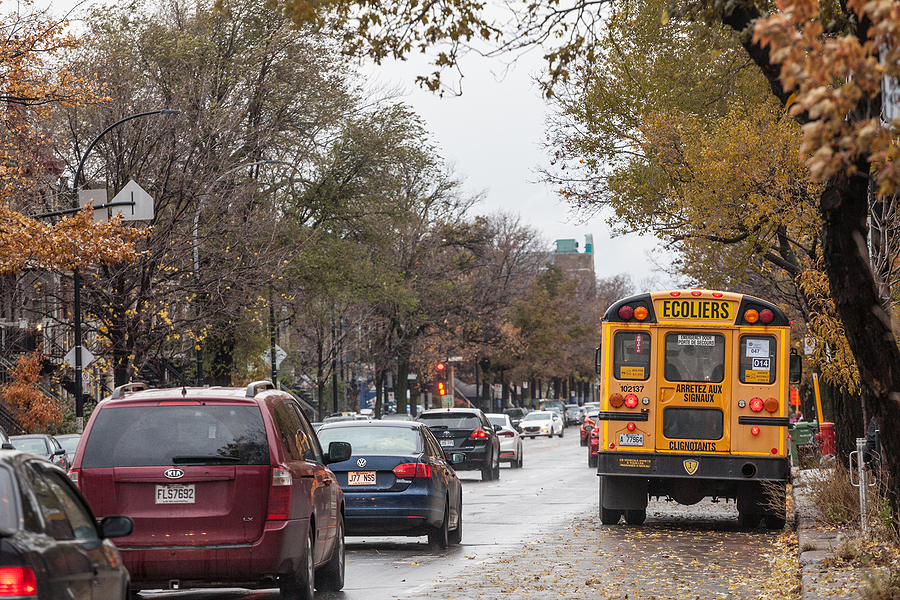 Moving to better neighborhoods has lasting benefits for children from disadvantaged backgrounds. One of the leading researchers in the field, Raj Chetty, told Vox in 2019 that a housing voucher program aimed at helping families move in Seattle had the largest impacts he had ever seen in a social science intervention.

However, economists have yet to fully uncover the reasons behind these effects.

A paper in the American Economic Journal: Economic Policy helps fill in some of the details. Author Jean-William Laliberté found that local schools in Montreal were the most important driver of better outcomes for children who moved to better areas.

Neighborhoods do matter, but the main reason why they do is that place mostly determines the set of schools you have access to.

Growing up in Quebec, Laliberté saw firsthand the varying effects the school system had on  kids in his neighborhood.

“I lived on the same block as my four best childhood friends, who I still hang out with, yet we ended up attending three different high schools,” Laliberté told the AEA in an interview. “We took dramatically different paths after leaving high school, and I always wondered if that could have had anything to do with it.”

Quebec splits primary and secondary education into separate French and English systems. The result is that neighbors often attend different schools based on the language spoken in their homes.

The existence of these parallel public schools allowed Laliberté to get measures of school quality independent of any other neighborhood factor.

Using Montreal’s administrative data that tracks students’ entire educational careers and a technique called regression discontinuity design, he compared the outcomes of French students in the same community on either side of a boundary between two French schools.

He found that, on average, there was a sharp jump in total years of education and likelihood of enrolling in a university for students on the side of the boundary with a higher-quality French school.

The boundary between schools
The chart below shows the relationship between the distance to the nearest French primary school boundary and university enrollment. Students on the better side of a boundary at age 6 are about 2 percentage points more likely to eventually enroll in university later in life. 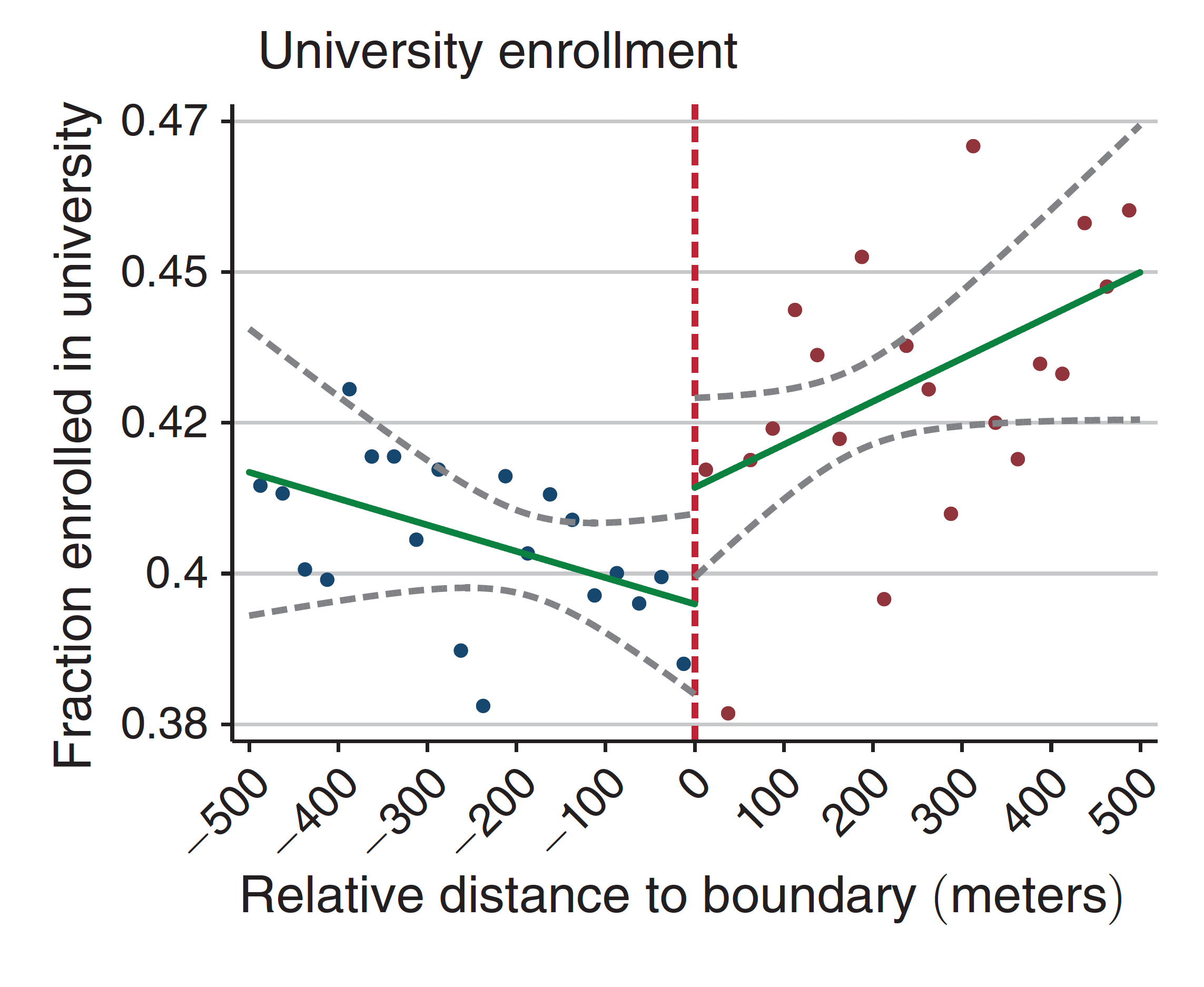 To corroborate that school quality was driving this result, Laliberté also showed that observable student characteristics and the share of English families varied smoothly across these French school boundaries.

While this reveals the impact of schools, it doesn’t show the relative importance of all the other factors that make for a good neighborhood.

To get at that question, Laliberté first examined the total effect on children of moving to a better neighborhood in Montreal. He exploited variation in the timing of moves within the city that allowed him to estimate how quickly the educational achievement of new students converged to those of students with permanent residence in a better neighborhood. The magnitude of the estimates were similar to those found in studies on US students.

Combining the school effects with the neighborhood effects revealed that 50–70 percent of the benefits of moving to a better area were due to access to better schools.

Laliberté wasn’t able to determine which features of the higher-quality schools were most helpful to  students, but his study still provides insights for policymakers.

“Neighborhoods do matter, but the main reason why they do is that place mostly determines the set of schools you have access to,” Laliberté said. “If you want to use residential mobility policies, make sure that people also change schools when they change place of residence.”

“Long-Term Contextual Effects in Education: Schools and Neighborhoods” appears in the May 2021 issue of the American Economic Journal: Economic Policy.

When place matters most

Moving to nicer neighborhoods has lasting effects on kids' outcomes, especially in their teenage years.