Sliding backward since Brown v. Board of Education

What role have charter schools played in furthering segregation? 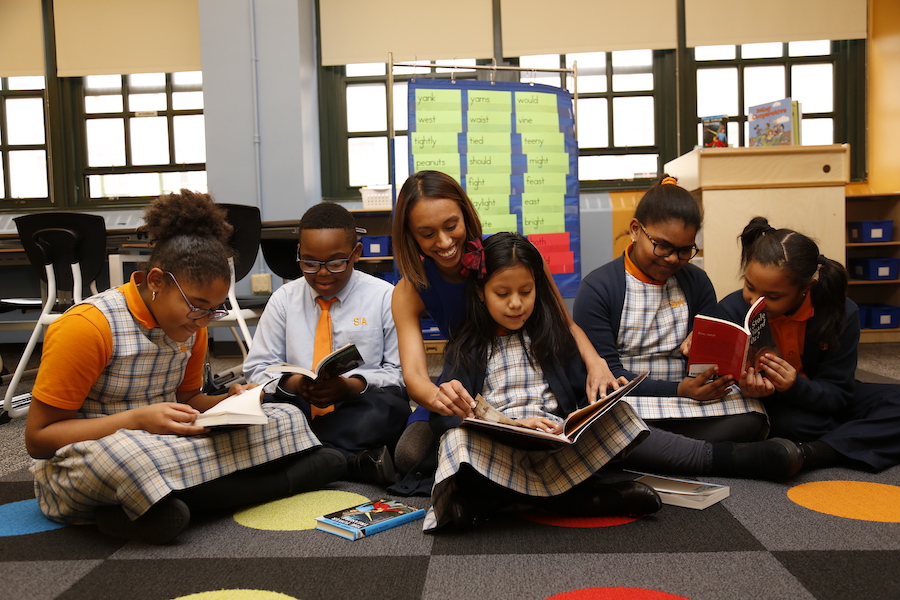 A class at Success Academy Charter Schools in New York City, NY, in 2017.

It’s been nearly 70 years since the US Supreme Court declared school segregation unconstitutional, yet public education is still separate and unequal.

Black children are five times as likely as White children to attend racially segregated schools, especially those in high poverty areas.  And there is some concern that the charter school movement—seen by some as a remedy—is actually contributing to the problem.

In a paper in the American Economic Journal: Economic Policy, authors Tomás Monarrez, Brian Kisida, and Matthew Chingos provide empirical evidence on the impact that charter schools have on segregation. Their findings may provide policymakers with some guidance amid a polarizing debate.

The pernicious effects of racial segregation on educational outcomes is well documented in social science research, and a number of studies have shown that educational opportunities and labor market outcomes have improved for minorities since the Brown v. Board decision.

But recently, laws that ended desegregation policies, like race-based bussing, have reversed progress on closing socioeconomic gaps between Whites and Blacks.

Charter School Growth
Between 1998 and 2018, the share of K-12 students enrolled in charter schools grew nationally from 0.2 percent to 6.9 percent (yellow circles). But that national trend includes many districts that never have charter school openings. In districts where charters opened (blue triangles), the average charter share growth rose from 0.5 percent to 11.6 percent over the same period. 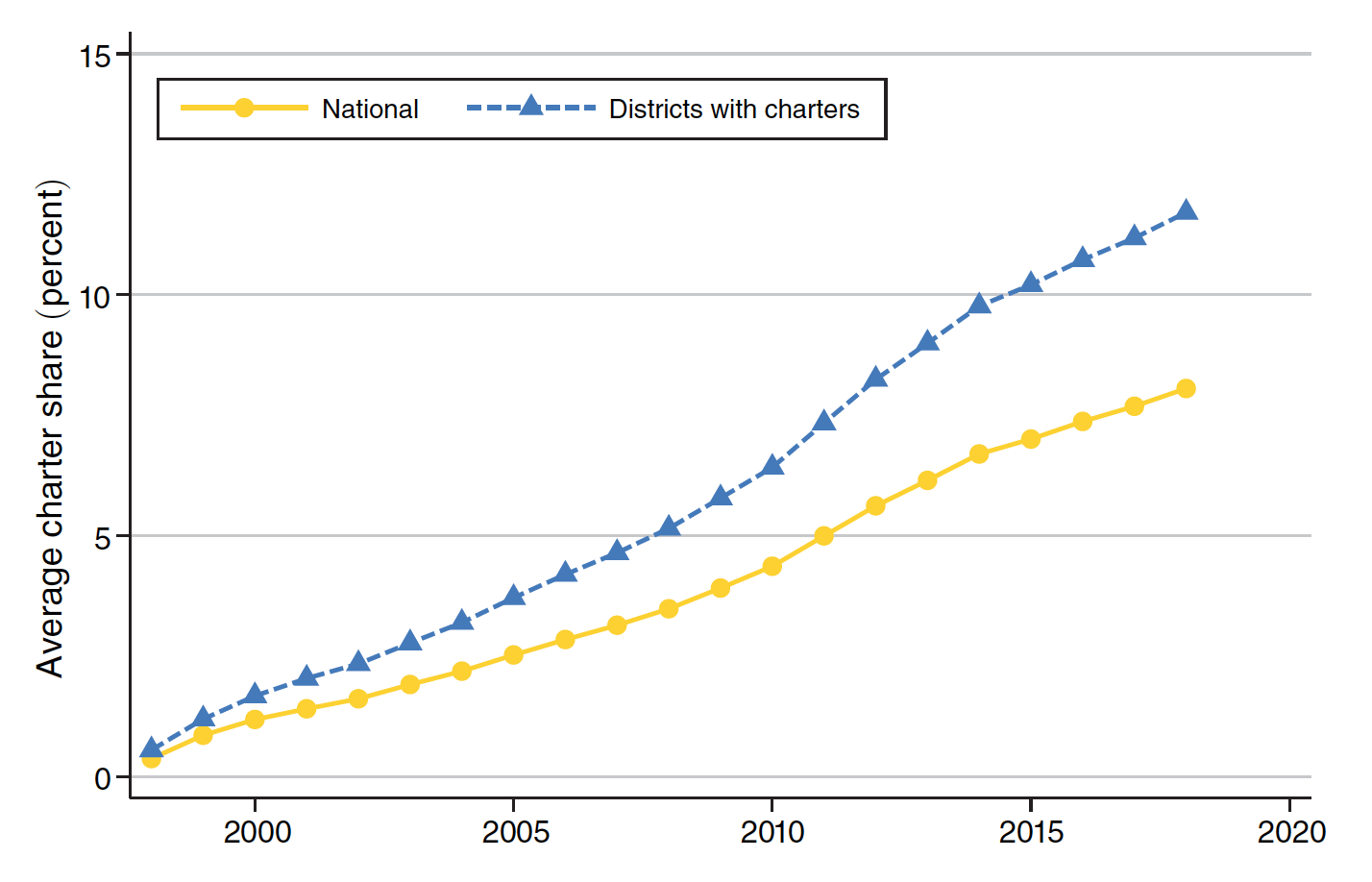 To get at the charter school impacts on segregation, the authors collected federal data on public school enrollment head counts by grade level and race/ethnicity, school type, and location. Then, using a triple-difference approach, they examined how students sorted within a given grade level and school district when a charter school opened.

The impacts on segregation were real, but less extreme than was being portrayed in much of the popular media.

"[Charter schools] may tend to attract minority students, but it hasn’t been this alarmist story that we see in the media about them completely resegregating our school system," Monarrez said.

[Charter schools] may tend to attract minority students, but it hasn’t been this alarmist story that we see in the media about them completely resegregating our school system.

But it’s hard to find evidence that charter schools have led to more integration, according to Monarrez. Thus, policymakers concerned with diversifying schools will want to keep this in mind before inviting any more charters to open in their districts.

"It’s possible that you could enact a policy to counter that. Maybe you tell the charter schools to locate in a place where different groups can reach you or actually target different groups so you can create a diverse enrollment," Monarrez said. "If you leave things be, most likely the charters will lead to more segregation. This myth that all we need to do to fight school segregation is decouple neighborhoods from schools is not really holding."

“The Effect of Charter Schools on School Segregation” appears in the February 2022 issue of the American Economic Journal: Economic Policy.

What do effective charter schools have in common?

Research tells us to look beyond traditional metrics like class size