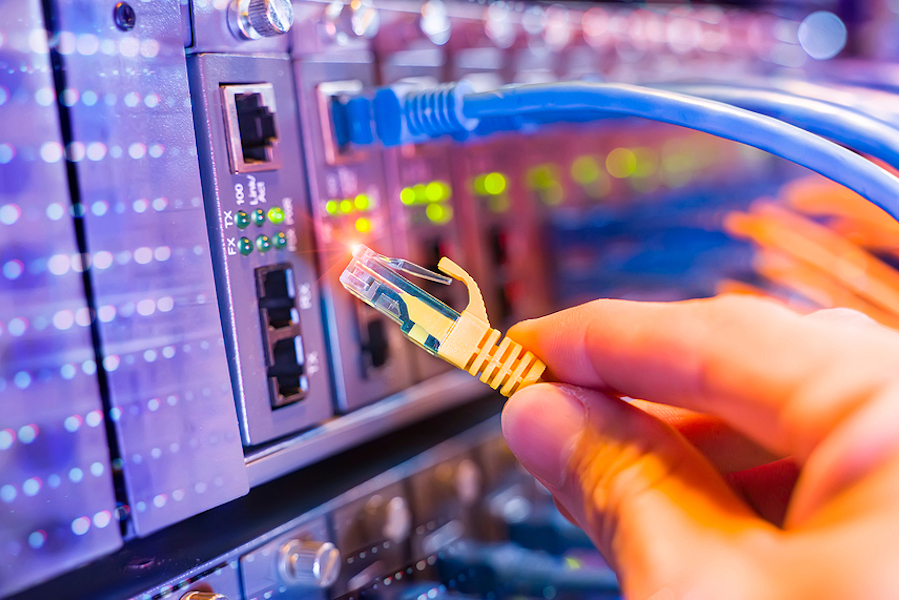 The internet has become a ubiquitous part of daily life for many Americans.

In a paper in the American Economic Journal: Economic Policy, author George W. Zuo finds that this limited access to home broadband has a significant effect on the employment and earnings of poorer Americans. 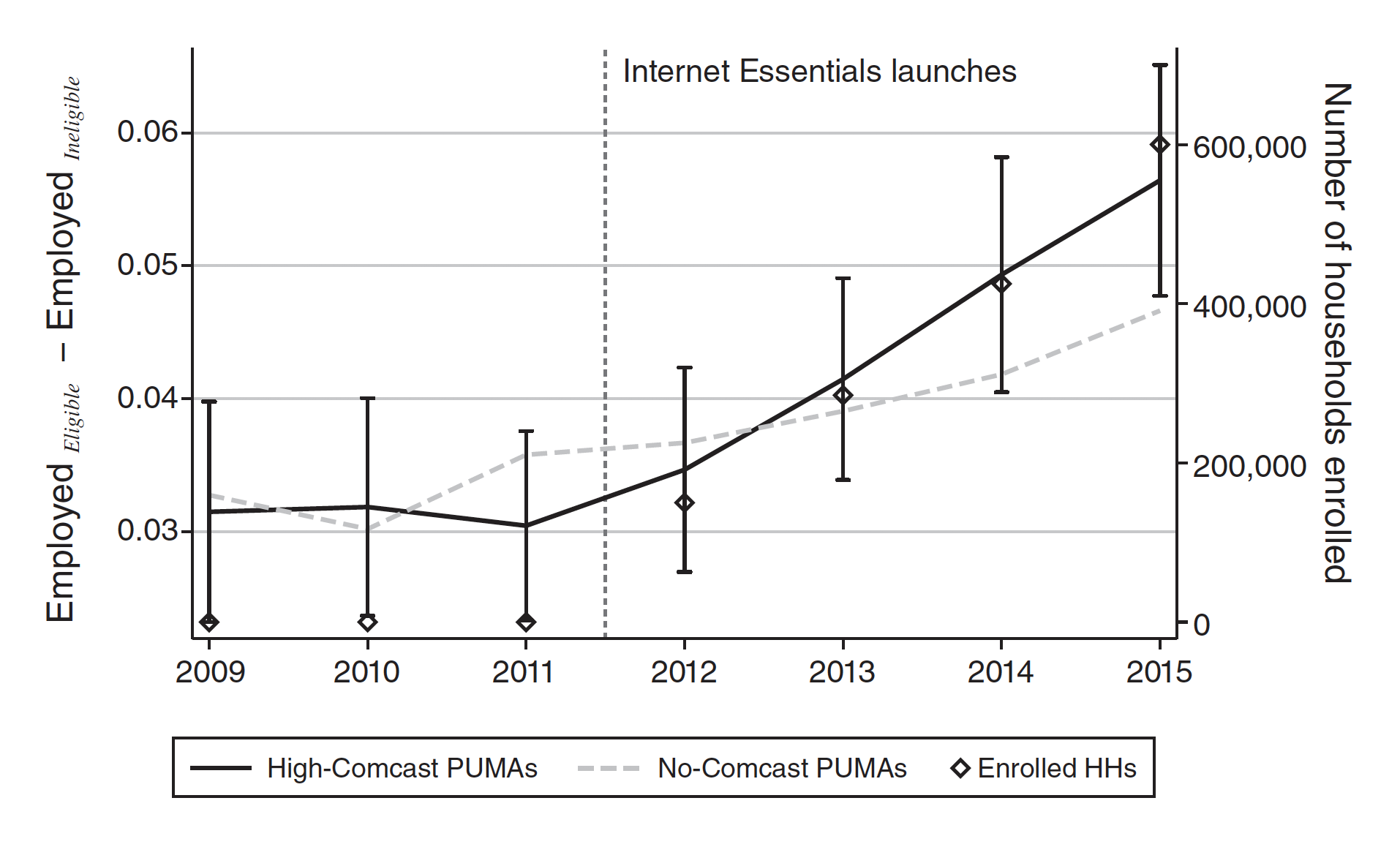 All the households in the sample had incomes below 185 percent of the federal poverty line. However, only families with a school-aged child were eligible for the program. The y-axis on the left indicates the employment difference between the two groups. The hollow diamonds show the number of households enrolled in Internet Essentials, indicated by the right y-axis.

The difference in employment between eligible and ineligible households for both subgroups were nearly parallel before the launch of Internet Essentials. But in 2012, the trajectory of high-Comcast areas became positive and quickly outpaced the trajectory of areas without the Comcast program, culminating in a 1 percentage point gap by 2015.

Comparing the differences between these groups using a technique known as triple differences, Zuo estimates that Internet Essentials increased the probability that an eligible low-income individual was employed by nearly a percentage point. The local availability of the broadband access program increased incomes among eligibles by over 1 percent and led to a total benefit of roughly $2,202 for a household that actually enrolled—more than four times the estimated cost to provide the service.