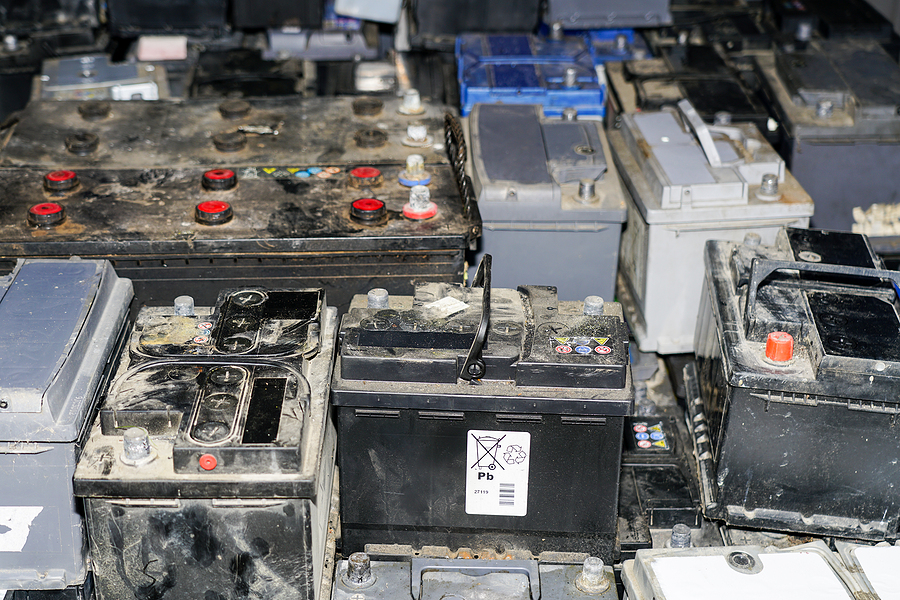 A pallet of used car batteries waiting to be recycled.

At first glance, it appears that the US government’s efforts to reduce lead pollution have been a resounding success. Airborne lead concentration dropped by more than 90 percent from 1980 to 2016, largely by banning leaded gasoline and paint.

But some of the efforts at reducing airborne lead through stricter air quality standards may have only displaced the problem, according to a paper in the American Economic Review: Insights.

Authors Shinsuke Tanaka, Kensuke Teshima, and Eric Verhoogen say that the higher standards in the United States resulted in some of the lead-acid battery recycling industry relocating to Mexico, taking their pollution with them.

The results provide direct evidence that tightening environmental regulations can displace polluting activities, through trade, from richer countries to poorer countries with weaker regulations—a phenomenon known as the “pollution-haven effects.”

In 2009, the Environmental Protection Agency (EPA) revised its air quality standards for lead, tightening them by a factor of ten. While technologies for reducing lead emissions from battery-recycling plants do exist, the costs are high. As a result, exports of used lead-acid batteries to Mexico surged after the reforms, as seen in Figure 2 from the authors’ paper. 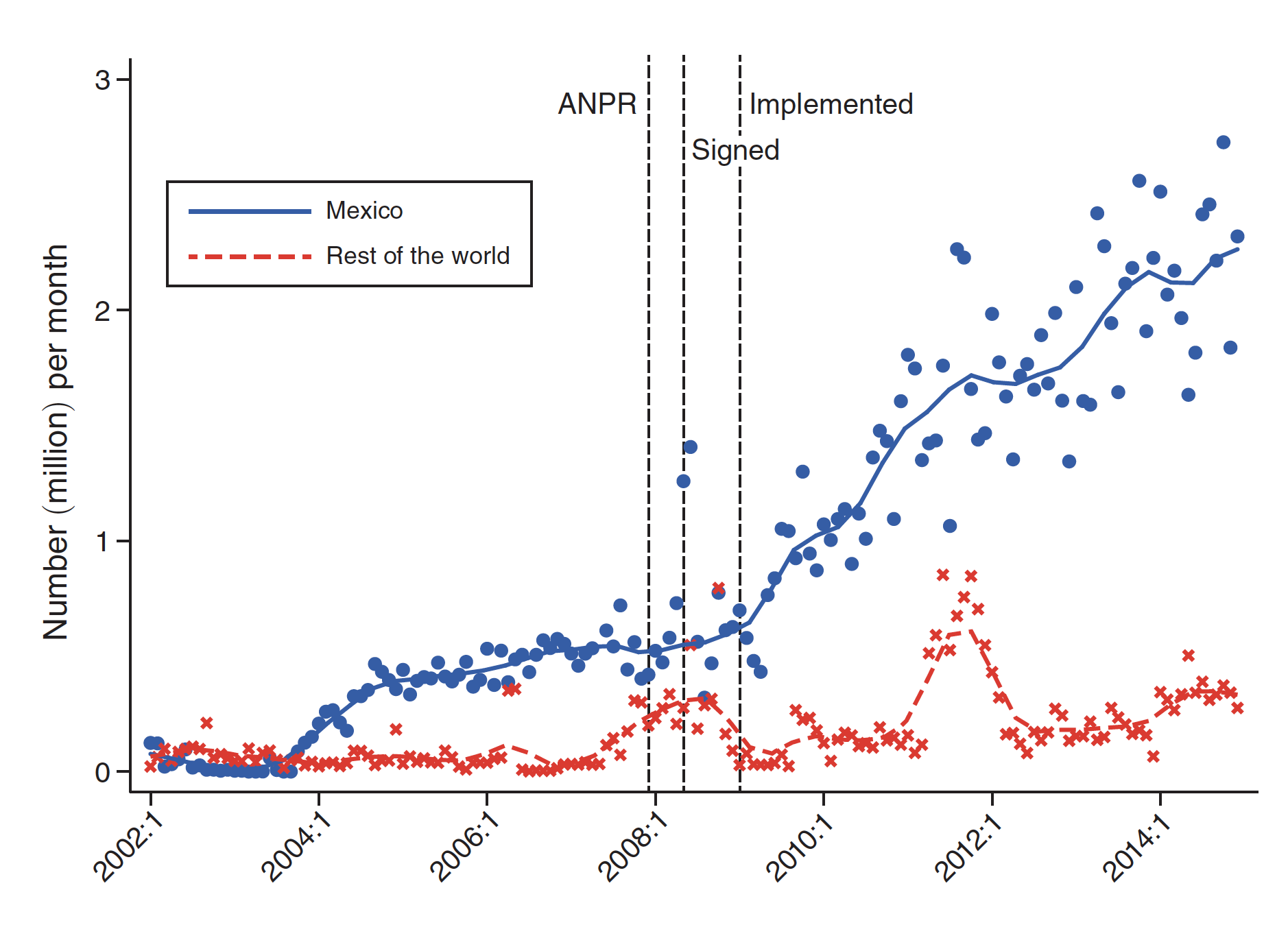 Overall, used lead-acid battery exports quadrupled between January 2009 and the end of 2014.

The researchers found that while airborne lead did decline sharply around US battery-recycling plants, the areas within two miles of the surging plants in Mexico experienced a significant increase in the occurrence of low birthweight—an indicator of poor future health outcomes—and that disadvantaged families were disproportionately impacted.

“North-South Displacement Effects of Environmental Regulation: The Case of Battery Recycling” appears in the September 2022 issue of the American Economic Review: Insights.