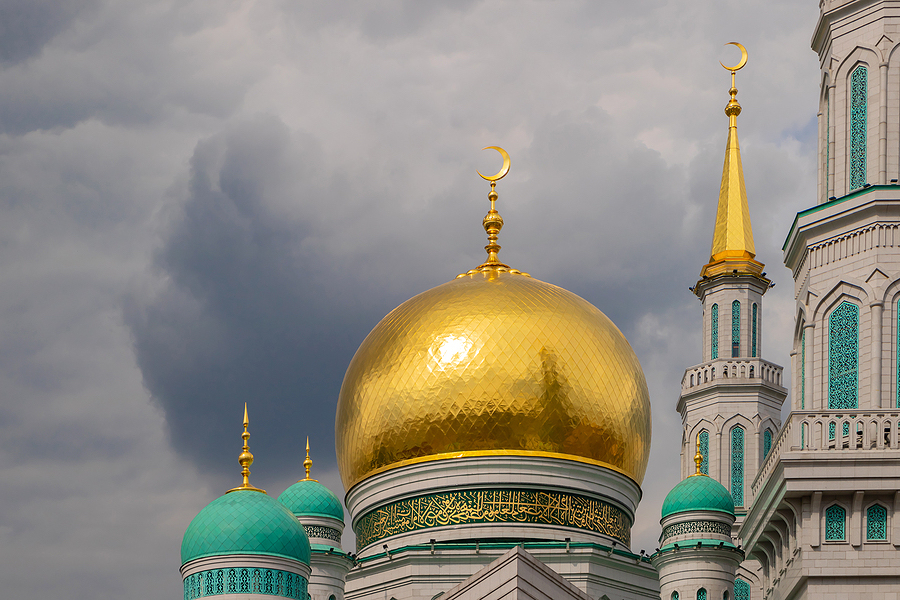 Since 2015, Germany has taken in over a million refugees, mostly from Middle Eastern countries. Many of the refugees have found jobs and a better life, but the influx of immigrants appears to have roiled German politics and fueled more extreme political views.

In a paper in the American Economic Journal: Applied Economics, authors Tommaso Colussi, Ingo E. Isphording, and Nico Pestel explore the effect of the salience of Muslim minorities on political polarization in the German state of North Rhine-Westpahlia, examining how the vote shares of extremist parties changed when elections were held near the Muslim holy month of Ramadan.

During Ramadan, Muslim communities become more visible due to increased mosque attendance, communal celebrations, and larger media coverage. In theory, this salience may drive more public attention to issues related to culture and immigration that tend to help far-right parties.

Figure 4 from the authors’ paper shows how right-wing and left-wing parties performed electorally in municipalities with mosques during and after Ramadan by percentage of vote share. 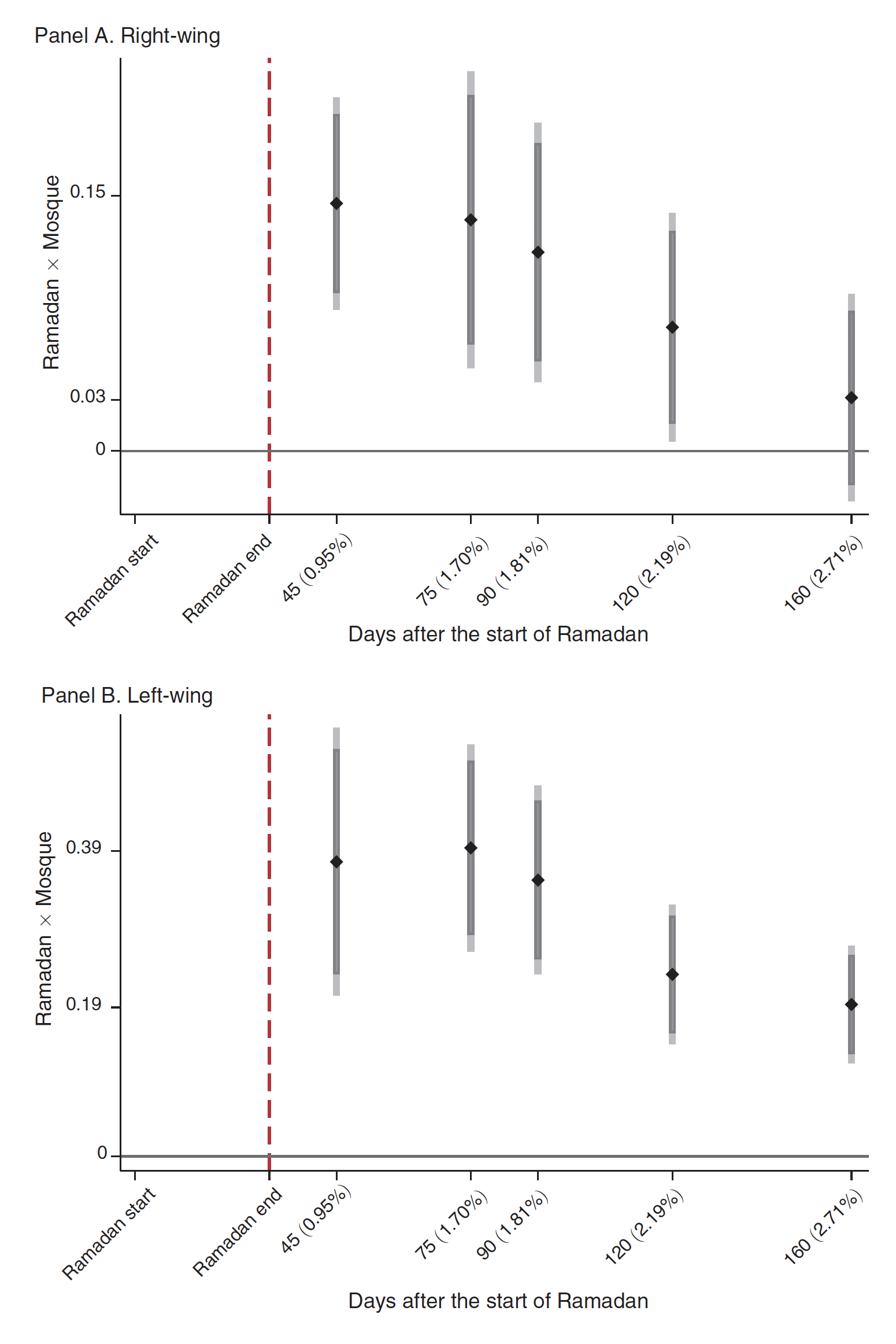 The black diamonds in the chart show a large boost for both the Left and the Right in elections between the start of Ramadan and 90 days after. But this effect gradually subsides as elections more than three months after the Muslim celebration are included in the estimate. The vertical light gray and dark gray bars denote 95 percent and 90 percent confidence intervals, respectively.

On average, if an election took place within three months after the start of Ramadan, right-wing parties in municipalities with a mosque had a vote share 13 percent of a standard deviation higher than ones without a mosque. The result was similar for left-wing parties—their share was 22 percent of a standard deviation higher in municipalities with mosques.

The researchers’ findings help explain this polarization. During Ramadan, right-wing parties benefit directly from less favorable attitudes toward Muslims and a misperception of the number of foreign-born individuals living in the country. However, the far-left gains support indirectly through more counterprotests.