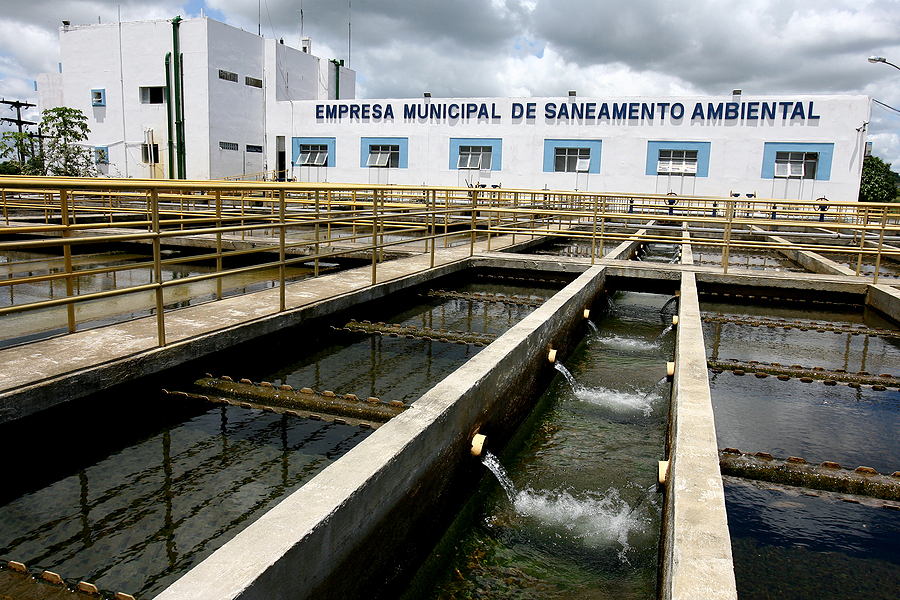 A water treatment plant of the Municipal Water and Sanitation Company in the city of Itabuna, Brazil

As long as people have lived in cities, they’ve had to confront a basic problem: bringing freshwater in and taking the wastewater out. Failure to do so spreads numerous diseases and leads to preventable deaths.

Fortunately, over thousands of years humans have perfected the logistics of diverting, cleaning, and disposing of water. But who should be in charge of that infrastructure—whether private companies, local municipalities, or state governments—is still routinely contested.

Whatever the best answer, the fight for control itself has significant costs, according to a paper in the August issue of the American Economic Journal: Economic Policy.

“The more I kept working on this issue, the more I realized this isn't really about water at all,” author Evan Kresch told the AEA in an interview. “This is really about governance; it’s about any country where you have a federal system where multiple different agencies are tasked with providing public services.”

Kresch found that when Brazil's federal government stepped in to resolve the uncertainty over who can provide water and sanitation services, investment surged and ultimately led to a drop in mortality rates.

You need to set your house in order and make sure that the laws in the books match the facts on the ground if you want to effect change.

The battle over Brazil's sanitation sector started in the early 1970s when the military government attempted to centralize operations at the state level. But precedent and the 1967 Federal Constitution gave local authorities strong claims against any takeovers.

Numerous lawsuits followed until 2005, when Congress fixed the problem. It passed a law giving municipalities clear authority over providing water, sewage treatment, and solid waste collection to its residents.

The local companies no longer had to fear a takeover by the state.

Comparing municipalities with state-run and municipal-run services before and after 2005—a technique called difference-in-differences—revealed that self-run municipal systems nearly doubled their level of total investment after 2005.

With the take-over threat removed, they spent much more on capital-intensive projects like expensive new water filtration plants and updates to their networks that increased access to clean water.

The upgrades paid off in terms of better living standards. Self-run municipalities saw a 7 percent reduction in infant mortality.

Opening the floodgates
The chart below shows the average total investment level for both state-run and municipal-run companies each year from 2001 to 2012. The dashed vertical line marks the year legal reforms protecting local authorities from state takeovers were proposed. 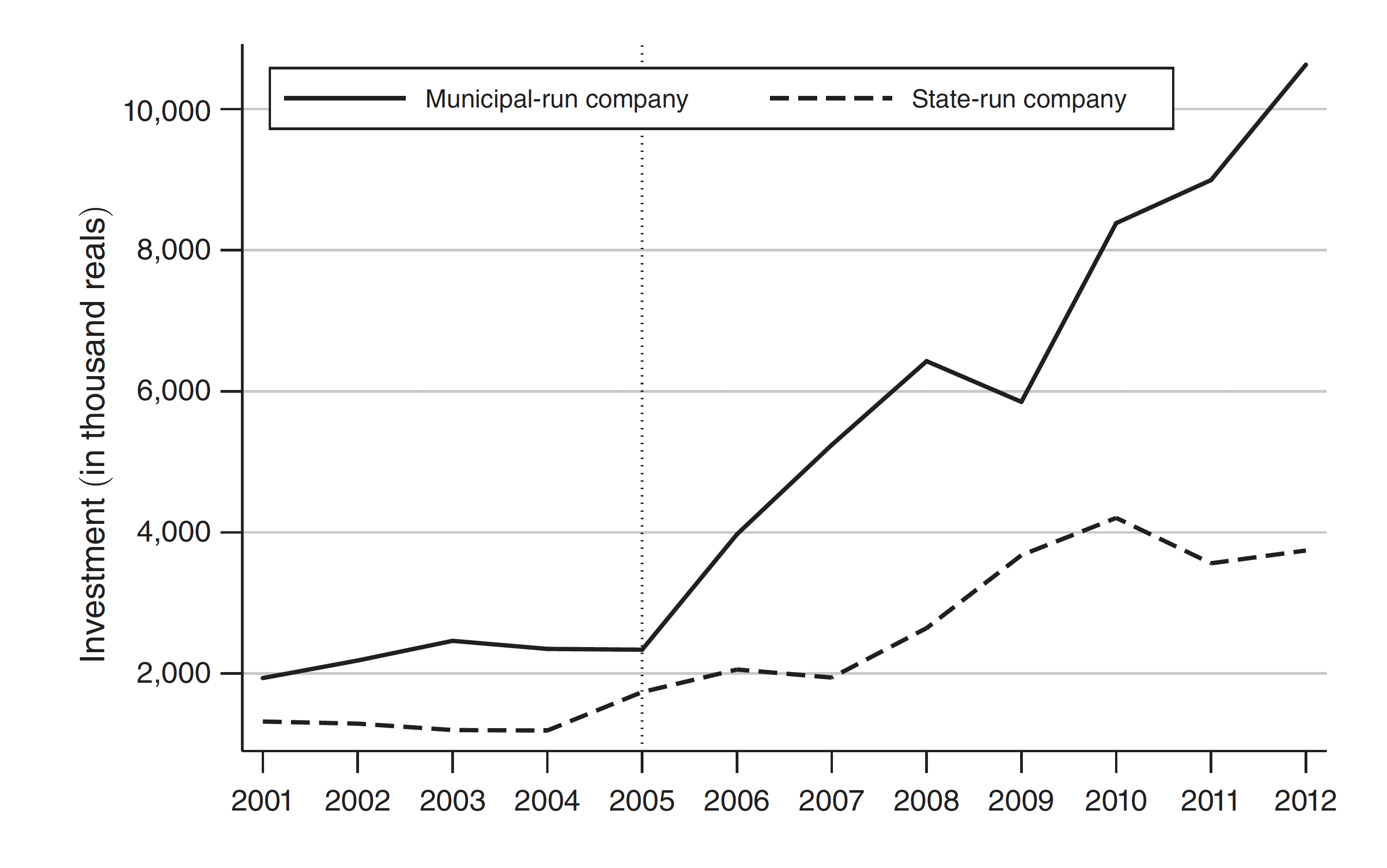 However, the improvements came with a tradeoff.

Relatively rich communities were better situated to take advantage of the new environment. They had the resources to make even more improvements to their sanitation sector than poorer communities with typically state-run companies, according to Kresch.

Countries around the world are trying to reach Millennium Development Goals to provide safe drinking water and basic sanitation to everyone. Kresch’s work shows how this can be helped along without large-scale, capital-intensive investment campaigns by federal governments and international agencies.

Countries can focus on passing legal reforms that clearly delineate responsibilities among government agencies. It’s a lesson that governments can apply to many public utilities—not just sanitation—when long-term planning and investment is necessary.

“You need to set your house in order and make sure that the laws in the books match the facts on the ground if you want to effect change,” Kresch said.

“The Buck Stops Where? Federalism, Uncertainty, and Investment in the Brazilian Water and Sanitation Sector” appears in the August issue of the American Economic Journal: Economic Policy. Subscribe to the monthly Research Highlight email digest here.