How do incumbent companies react to a new competitor? 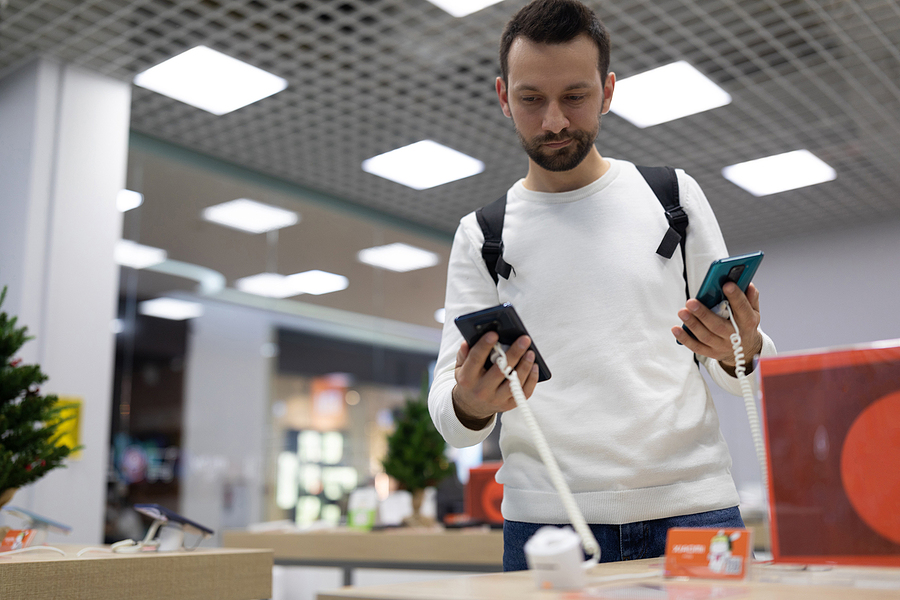 In 2011, France’s cellphone market was dominated by just three mobile network operators and plagued by weak competition. The French were paying on average 17 percent more for telecommunication services than Americans. But by 2014, the market had dramatically changed, and French consumers were paying 27 percent less than consumers in the United States.

Economists attributed the sharp reversal to the entry of a new, low-cost provider, Free Mobile, in 2012. The example is now held up as an illustration of the power of free markets to benefit consumers.

In a paper in the American Economic Review, authors Marc Bourreau, Yutec Sun, Frank Verboven take a closer look at how Free Mobile changed the mobile network market in France.

“We're interested in understanding what happens when a new entrant causes a disruption. What are the reactions of the incumbent firms?” Verboven told the AEA in an interview. “There are lots of theories, but there's still limited empirical evidence on this.”

France doesn’t have a reputation for embracing free markets, but its regulators took a big step in that direction when they granted Free Mobile a license in 2011. The new entrant moved aggressively against its competitors, offering unlimited talk, text, and data for a fraction of what incumbents charged. In only a few years, the company captured 20 percent of the market. 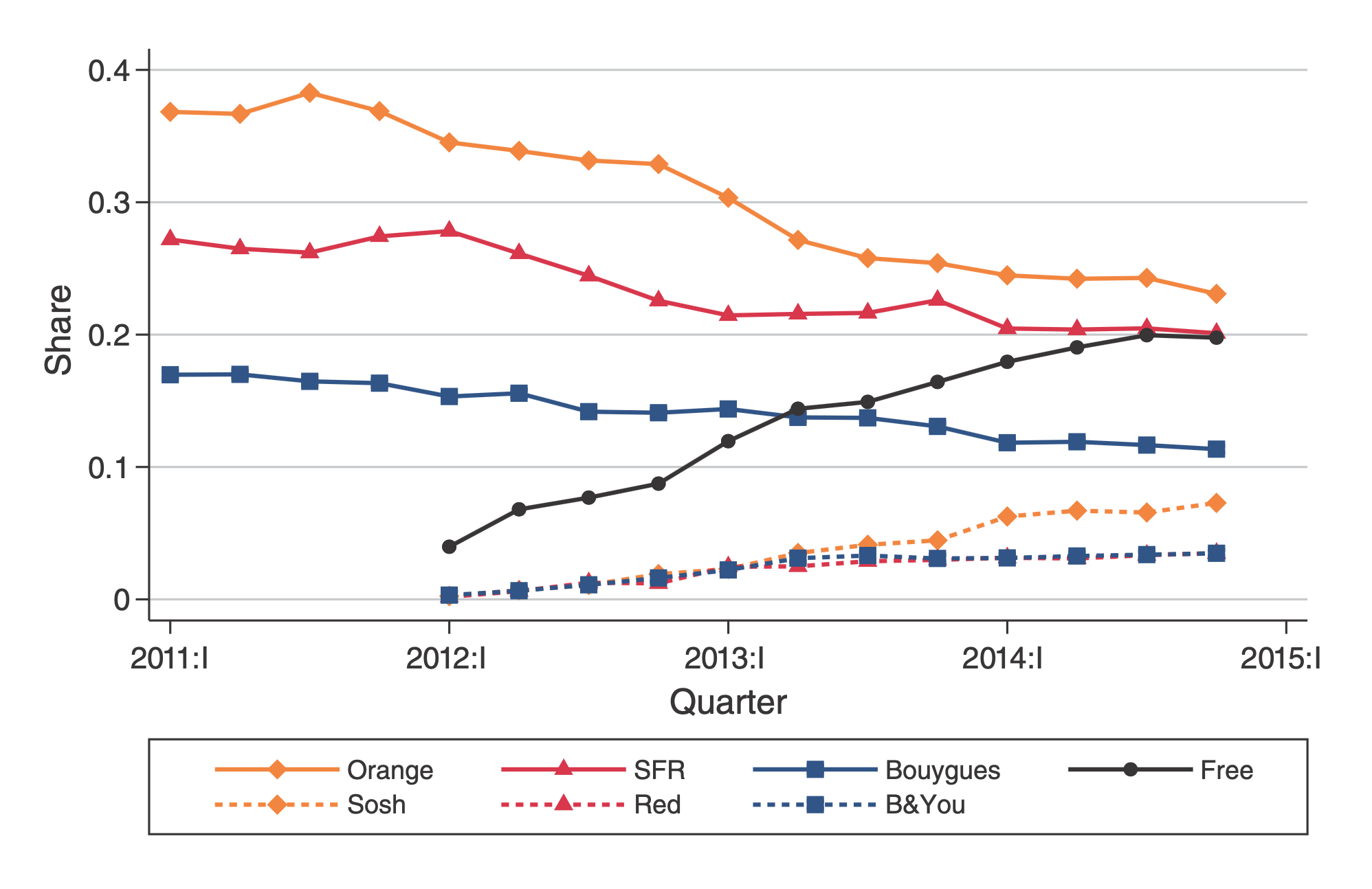 Similar business cases have led other researchers to provide theories on the phenomenon. In such settings, incumbents don’t just drop their prices, but often launch “fighting brands” designed specifically to compete with the new entrant, while retaining their premium brands.

The authors built on existing work by closely examining the incumbents’ incentives to engage in such product strategies before and after the arrival of the new entrant.

They argue that the mobile network incumbents were in a state of semi-collusion prior to 2012. While there is no hard evidence for any illegal scheme, there was a kind of unspoken agreement among the mobile companies to offer only premium brands.

In this environment, there was no incentive to fill the niche that Free Mobile eventually occupied. Customers who preferred a low-cost phone plan simply had to pay for the higher-priced service or go without. Any of the incumbents could have met the demands of these consumers, but such a move would only steal some business from the other incumbents in the short run. In the long run, it would cause the other incumbents to retaliate with their own low-cost plans, ultimately cutting into sales of premium products and reducing overall profits for everyone.

Free Mobile’s entry facilitated the breakdown of this incentive to restrict product variety.

One of the cornerstones of competition policy is merger policy, where there's a lot of calls for stronger enforcement. Our research doesn't deny that this can be good, but  governments also have a role in removing artificial entry barriers. This should also get more attention.

Using their theory and data on the consumption of mobile services from 2011 to 2014, the authors found considerable benefits to consumer welfare. These benefits came mainly through more product variety offered by the new entrant and the incumbents’ fighting brands, which were responsible for 50 percent and 32 percent, respectively, of consumer gains. Only 18 percent of the gains to consumers came from intensified price competition.

The authors’ findings offer important insight into the dynamic nature of market structures and how governments can influence them to benefit consumers.

“One of the cornerstones of competition policy is merger policy, where there's a lot of calls for stronger enforcement,” Verboven said. “Our research doesn't deny that this can be good, but  governments also have a role in removing artificial entry barriers. This should also get more attention.”

Reforms to African agriculture markets didn’t help farmers or consumers as intended. The reason seems to be with how intermediary traders set prices.

How do national retailers set prices? And who does it help?