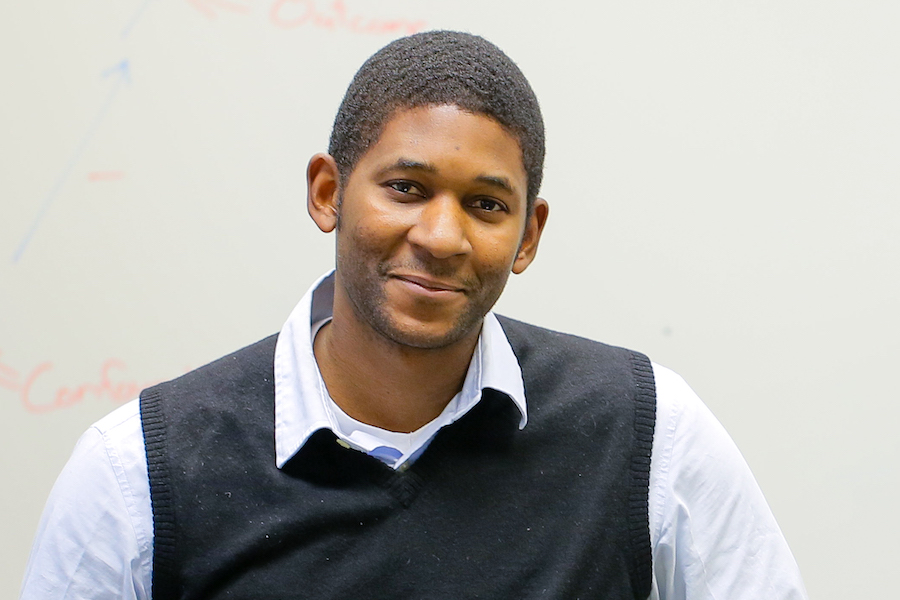 Schools are academic institutions. But they are not only that. They are also social spaces that are critical to children’s development.

Whether inside the classroom or out on the playground, kids learn how to problem solve, to adapt, persevere, and resolve conflicts. And those schools that are best at fostering these skills are setting their students up for longer-term success, according Northwestern professor Kirabo Jackson.

In the December issue of the American Economic Review: Insights, Jackson and co-authors Shanette Porter, John Easton, Alyssa Blanchard, and Sebastian Kiguel examine Chicago Public high schools to determine whether they could have a meaningful impact on ninth graders’ social well-being, and how that affected longer-run outcomes.

Jackson spoke with the AEA’s Chris Fleisher about that research, the challenges of helping kids develop in a remote learning environment, and why schools need to consider social support along with academics.

An edited transcript follows and the full interview can be heard using the podcast player below.

Chris Fleisher: There's been a lot of concern recently for how students’ emotional and social skills are being shaped by the isolation created by this pandemic. What got you interested in this topic and why do you think schools should be concerned about it?

Kirabo Jackson: We know that schools do a lot. It's a social setting, and there are a lot of skills that individuals learn at school. If you think about successful adults, usually they are smart, they probably know a lot, but they also have a lot of skills that we think are important. They're very well motivated, they seem to be very hard working, they may have joy about the work that they're doing. People who are successful seem to have a lot of drive, they have a whole set of other skills that are not necessarily content knowledge. If you think about what a successful adult looks like, those are not necessarily the skills that are measured by standardized tests and you might think that there really is an important component to what schools are doing that may generate some of these other skills or traits or dispositions that we know are associated with thriving in adulthood, such as motivation, such as determination, such as love of learning, all these sorts of things that we think probably matter a lot, but they're not particularly well measured by test scores.

Fleisher: What do we know about the relationship between these skills and the outcomes, the longer-run outcomes for students?

Jackson: It's pretty well documented that if you just took someone's earnings later on in life and you were to regress that against their test scores in adolescence and their measures of socio-emotional development... those things correlate very highly with success. Of course, because they're correlations... does that necessarily mean that that's going to have a causal impact on outcomes in adulthood? On that question, we have much less information.

Fleisher: You actually found that these schools do help kids with their socioemotional development. And there are two main camps that schools fall into—those that are good at promoting hard work, and those that are good at emotional support. Could you explain those distinctions a little more and what kinds of effects they have on kids?

Jackson: What we basically find is that there are all these questions that these students answer on surveys that get at a whole host of dimensions of their well-being. And some of them are focused a lot on academic-type questions, so they ask things like, "I always studied for chess" or "I set aside time to do homework." Then there is another set of questions that move differently. By “move differently,” what I mean is that there are some schools that will do very well at increasing students' responses on things like, “I always study for tests," and there are another set of schools that do very well at answering questions such as “I can always find a way to help people in our unit,” or “I listen very carefully about what other people say about me,” which are really more about social well-being.

One set of questions that tend to cluster together… are the ones that relate to individuals' academic engagement. When people say “I study hard” or “I usually look forward to studying for this class,” things like grit. … Those are ideas that relate to the idea of working hard and doing well academically that tend to move together.

Then there are another set of questions that relate to questions such as “I listen carefully to what other people say about me,” “I'm good at working with other students,” and “I feel like I'm part of the team,” which are getting more at the social components of schooling. Some schools are very good at moving those things. Again, some schools are good at moving both, but they're not always necessarily the same schools.

Fleisher: To what extent are schools good at both improving the social emotional skills and the environment that kids are in, and also teaching traditional academic subjects?

Jackson. They definitely are not mutually exclusive. If we look at the data, what we tend to find is that schools on average that are good in one dimension tend to be good in the other dimension as well. We kind of classify schools in the data in terms of three dimensions. We have a test score dimension, we have a work hard dimension, and we have this social connectedness dimension. They are three separate dimensions but they all move together, which is to say that it would be rare to find a school that is excellent at promoting test scores but awful at improving the socioemotional development measures. As a general rule, if you're excellent at one you're probably at least above average at the other. They tend to move together.

Having said that, among schools that are say average at promoting test scores, some of them are very good at promoting working hard or social well being and others are below average. That's not to say there's a one-to-one correspondence… but they do tend to move together.

The social aspect is precisely what's been drastically removed when you do things virtually. And without that I worry, particularly about younger kids, the extent to which they're going to be deprived of opportunities to really develop some of these social skills that are going to be helpful later on in life.

What I think is interesting is that there are some schools that are middling in some dimensions and actually doing very well in others. I think that's where we can see that there is a lot of potential information about what may be going on in these schools that are just average at raising test scores. Some of them are really excellent at promoting social well being or making sure that students are working hard. The key finding in our paper is that those schools... that are getting kids to work hard or getting kids to feel more of a sense of belonging, are getting kids to graduate with higher likelihood and getting them to enroll in college at higher rates.

Fleisher: Based on what you've seen, is there a way for schools to provide the kind of support that you're studying here when they're doing remote learning?

Jackson: I don't want to speak to things that I'm not well-informed about, but certainly… a lot of the schools that tend to be better at improving the socioemotional development aspects tend to do well on climate. Those are schools where there's a sense of community. I don't want to say that you can't have a school climate virtually. Certainly it's possible, but I think it's a challenge.

I'm sort of taking off my researcher hat a little bit and putting on my own parent hat because my son is also doing virtual distance learning as well. There's a lot less scope for interaction with peers virtually. There's no recess, or maybe some places do have it, some maybe do not. If you don't facilitate the interpersonal connections and the interactions between students and if you can't have the subtle interactions between teachers and students when the teachers can come up to the students, tap them on the shoulder and say, “Hey, what's going on?” I think without that it's going to be very difficult to promote a lot of these things. I think it's also very difficult for someone through a screen to even identify the students who may need some additional social support in a way that I think is going to be a problem.

Fleisher: So much of our education policy focuses on improving school quality through improving test scores. One reason is because test scores are easy to measure. If socioemotional development is important, how can we integrate this into the ways we assess schools?

Jackson: That's a good question. Just to get at your first point, test scores do measure something, but what we find in our research is that if you were to use some other measures, if we just use some of these socioemotional measures, we can almost double the extent to which we can predict differences in school quality. If you want to identify excellent schools, we can do a much better job by using socioemotional measures in conjunction with the test score effects, versus just the test scores alone.

But your question was about evaluation, not necessarily identifying excellent school settings. It's a good question, but I would push back a little bit on this idea that just because we can measure something that we have to use it for evaluation. I would argue that there are challenges for doing that for all things. We've seen, for example, when we use test scores to evaluate schools you end up having cheating. People can manipulate anything that you use to evaluate them. So you can see cheating on tests, but we can also see this on socioemotional development measures as well. Suddenly, people may start to ask their students to answer surveys in a particular way, so that it looks like they're doing really well. That would be an undesirable outcome and not something that we want to promote.

But that doesn't mean it's not useful for policy. If you can identify a school that is excellent in terms of raising socioemotional development, then that means you could actually go and figure out what these schools are doing. You could start doing observations in these schools, figure out what are the practices that are going on in the building that are generating these gains in socioemotional development, and then you could basically start promoting those practices…. They can be used to figure out what kind of professional development for teachers or training is generating benefits. If you take a broad view of what we can do when we can identify effective schools, I think it becomes very helpful for policy.

Does educational choice lead to success?