When less is more

Why would a five-star restaurant not want to disclose a positive inspection score? 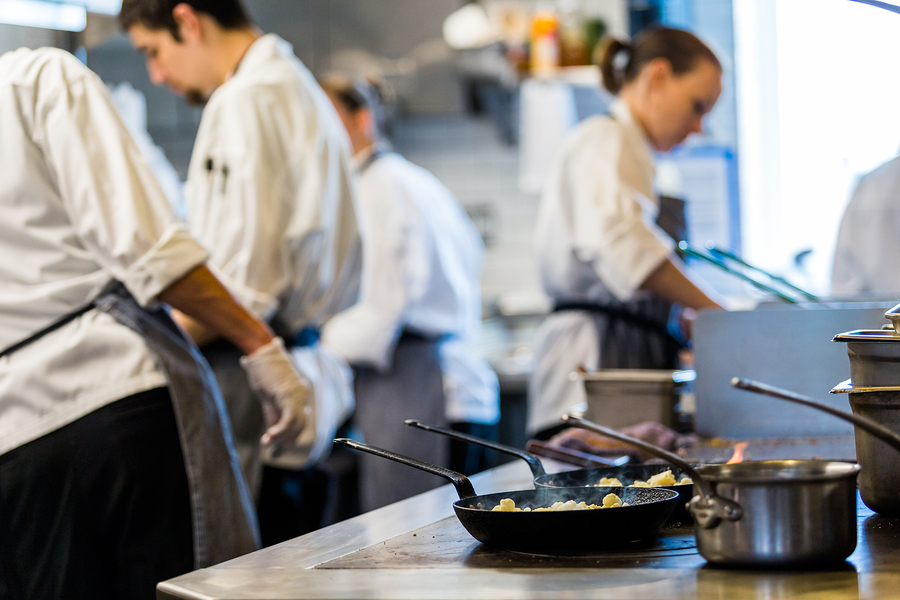 The Mercantile restaurant in Denver, Colo., in 2015.

Imagine you’re out on a Friday evening with friends and looking for a place to eat.

You stroll down the sidewalk, browsing menus posted in each establishment’s window. Beside each menu is an inspection report card.

Here’s one place rated a “B” for cleanliness. There’s another “B,” then an “A.” And then you come across a restaurant that hasn’t posted the inspection report. What do you assume about that restaurant?

You might be tempted to keep walking. After all, it must be really bad if they were too embarrassed to disclose their grade.

But there’s a good chance you would be wrong. In fact, that restaurant may be one of the cleanest in the city.

A paper that appears in the February issue of American Economic Journal: Microeconomics found that many of the best restaurants — the A+ establishments — choose not to disclose their inspection scores to the public, contradicting what common sense and classical economic theory predict.

“This got my head spinning,” said  Ginger Zhe Jin, professor at the University of Maryland, in an interview with the AEA. “Like, why?"

The paper offers new empirical insight into the nuances of how establishments disclose information to signal their quality to the public.

All restaurants were still required to open their kitchens to inspectors. However, they could choose whether they wanted to have their grade (A, B, C, or D) disclosed to the public. Those that declined would still have details of the inspection posted online, but it wouldn’t be accompanied by the letter grade, nor were they required to post a graded report card in their establishment.

The authors collected inspection results from 23,863 food sites between July 2007 and March 2013 to analyze not only how many restaurants would opt to disclose this information, and what that could tell us about the message they wanted to send to consumers.

The result was that relatively few restaurants — 58 percent — opted to get a grade.

According to classical economic theory, we would assume that the remaining 42 percent hid their scores because they were the worst. Rather than show consumers a C or D grade, they’d take their chances and leave it an open question with consumers. Maybe would-be diners wouldn’t care?

And that theory held up — to a point. Fewer “B”-rated restaurants disclosed than those receiving an “A.” There were fewer C’s than B’s, and fewer D’s than C’s. 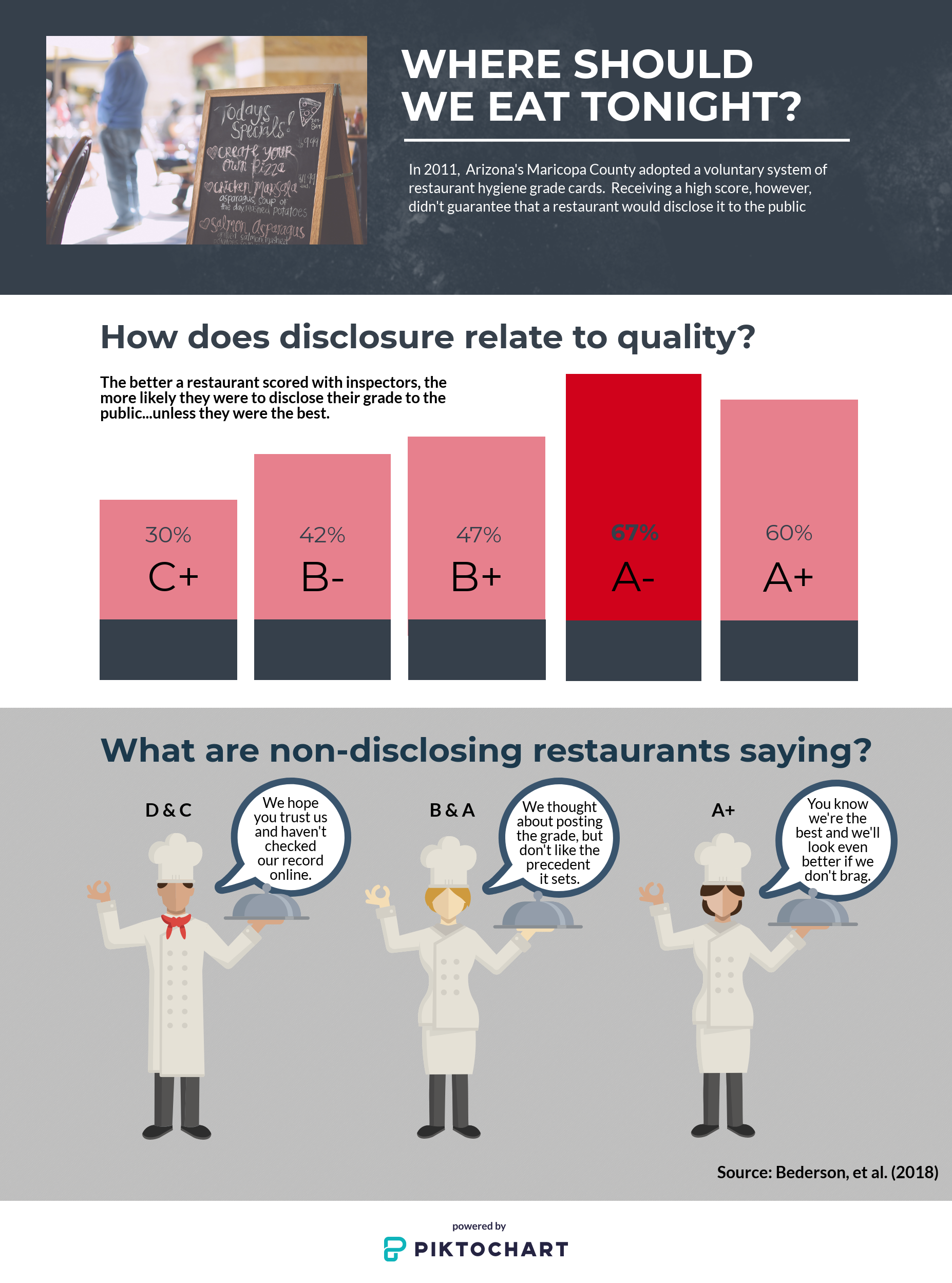 But, surprisingly, that didn’t hold up among the best of the best. Many of the non-disclosing restaurants were among the highest rated in the city. Restaurants that were at the very top were less likely to disclose than those in lower scoring in the A-range. Sixty-seven percent of restaurants that scored in the lower end of the A-range — i.e. A-minus — opted to post their grade, compared to 60 percent for A+ establishments.

Why would they not want everyone to know? Jin said it was a “countersignal” to consumers, something to separate the classiest restaurants from the pack. The grading system didn’t distinguish between “A+” or “A-.” Restaurants only got the single letter grade A.

So, perhaps those top-notch restaurants were saying something with their decision to withhold the grade. The intended message: You know we’re good. We don’t need to brag about it.

They might have been taking a big gamble, however, that consumers would interpret it this way. How would these diners distinguish between an ungraded high-quality restaurant from one of the poorer establishments that didn’t disclose?

Fortunately for restaurants, inspection reports aren’t the only information customers have at their disposal.

“Nowadays people have multiple channels to get to the information that they want to have,” Jin said. “They could look at Yelp ratings.”

The popular online business listing website includes more than 142 million reviews submitted by consumers around the world, and restaurant reviews are most of the content.

The authors compared the inspection data with online Yelp reviews for the Maricopa County eateries and found a strong correlation. A-rated restaurants tended to have better reviews on Yelp, “B” restaurants were slightly less positive, and so on. Consumers could use Yelp as a decent proxy for determining the cleanliness of a restaurant.

Even more, the decision to not post an inspection report could separate a restaurant from the competition. If an eatery had outstanding 5-star Yelp reviews but no inspection grade, for example, then consumers might be inclined to assume the best about it, perhaps even better than the restaurant actually scored.

Such a system, however, may not be ideal for consumers, Jin said. It puts a lot of onus on consumers to infer which restaurants are clean when, in fact, health inspectors should be trying to make it easier for diners to inform themselves.

“If I’m a consumer, let’s say I sometimes check Yelp, I may not. This A-B-C-D thing is too confusing because half have this letter and half do not?” Jin said. “That would defeat the purpose of the regulation in the first place.”