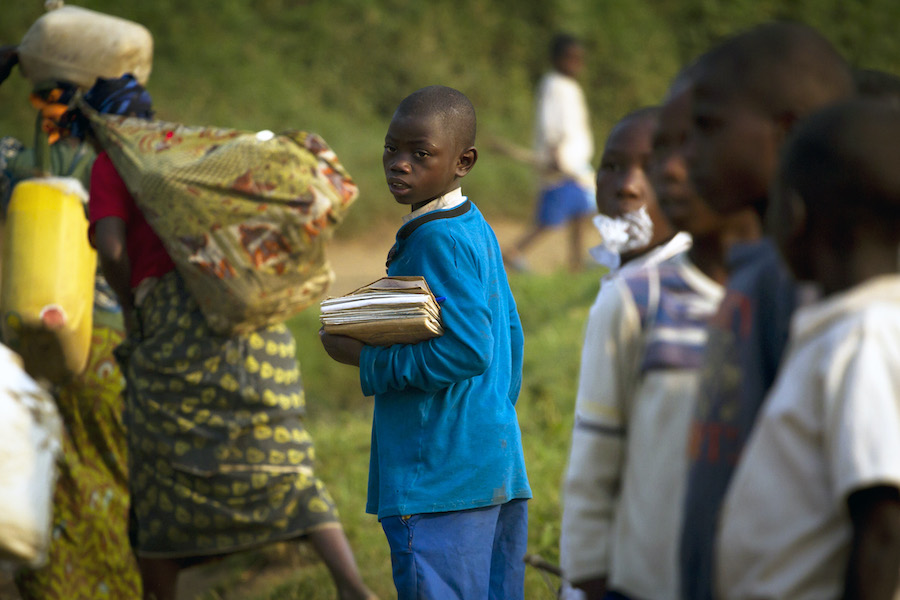 A young Congolese boy walks to school close to the refugee camp of Kahe in the town of Kitschoro, in the north eastern part of the Democratic Republic of the Congo.

A robust state with the ability to raise taxes, enforce laws, and provide basic services is essential for economic growth. But many of the poorest countries today also have the most fragile states, and they are still searching for the best way to start building their capacity.

In a paper in the American Economic Review, authors Pablo Balán, Augustin Bergeron, Gabriel Tourek, and Jonathan L. Weigel found that working with local elites can be a useful tool for increasing tax compliance and revenue—a potentially critical first step toward a stronger state.

“There's a tendency to view local leaders as backward institutions,” Weigel told the AEA in an interview. “We think they need to be considered as potential allies in these settings where you have really low levels of state capacity and very low levels of government legitimacy, because those actors have the potential to fill both of those gaps.”

The challenge of raising tax revenue in low-capacity states is enormous, and these are places where the value of public spending can be really high.

While extreme poverty has declined rapidly in many places around the world, it has remained stubbornly constant in fragile states. By some projections, low-capacity states will soon be home to the majority of the world's most impoverished people, and they may be increasingly concentrated in Africa.

Today, one of the poorest and most populous states on the continent is the Democratic Republic of the Congo (DRC), where the authors’ policy experiment took place.

The DRC’s government collects an estimated 7.5 percent of GDP in tax revenue—low even by African standards. For comparison, today’s richest countries collect between 30 and 40 percent.

“The challenge of raising tax revenue in low-capacity states is enormous,” Weigel said. “And these are places where the value of public spending can be really high.”

Without proper funding, many roads in the DRC are nearly impassable, households go without running water, and public schools have to charge fees that limit access for the poor.

In 2016, the Provincial Government of Kasaï-Central launched a program aimed at collecting more property taxes to meet the area's funding needs. Trying to increase revenues further, the government decided two years into the program to involve local city chiefs, who act as intermediaries between neighborhoods, resolve disputes over property, and organize efforts to maintain local infrastructure.

Working with the researchers, the government randomly assigned 356 neighborhoods in the capital city of Kananga to either a “Central” or “Local” tax collection program.

In the Central group, state agents were responsible for door-to-door collection in neighborhoods. In the Local group, city chiefs took control of collection efforts. Aside from the type of collector, all other aspects of the process were the same.

According to the government’s tax records, the chiefs boosted tax compliance by 3.2 percentage points compared to state collectors, amounting to a 44 percent increase in tax revenue. This increase outstrips other, more commonly used enforcement techniques, such as letters that warn against failing to comply with tax laws.

Compliance in the Congo
The chart below shows the share of households that paid property taxes over a seven month period of the 2018 tax campaign. The blue squares and gray circles represent households approached by city chiefs and state agents, respectively, with the size proportional to the number of households. The green diamonds represent collection efforts from a mixed program, in which state agents consulted city chiefs about which households were most likely to pay before their follow-up tax visits. The dashed lines are local linear averages for each category. 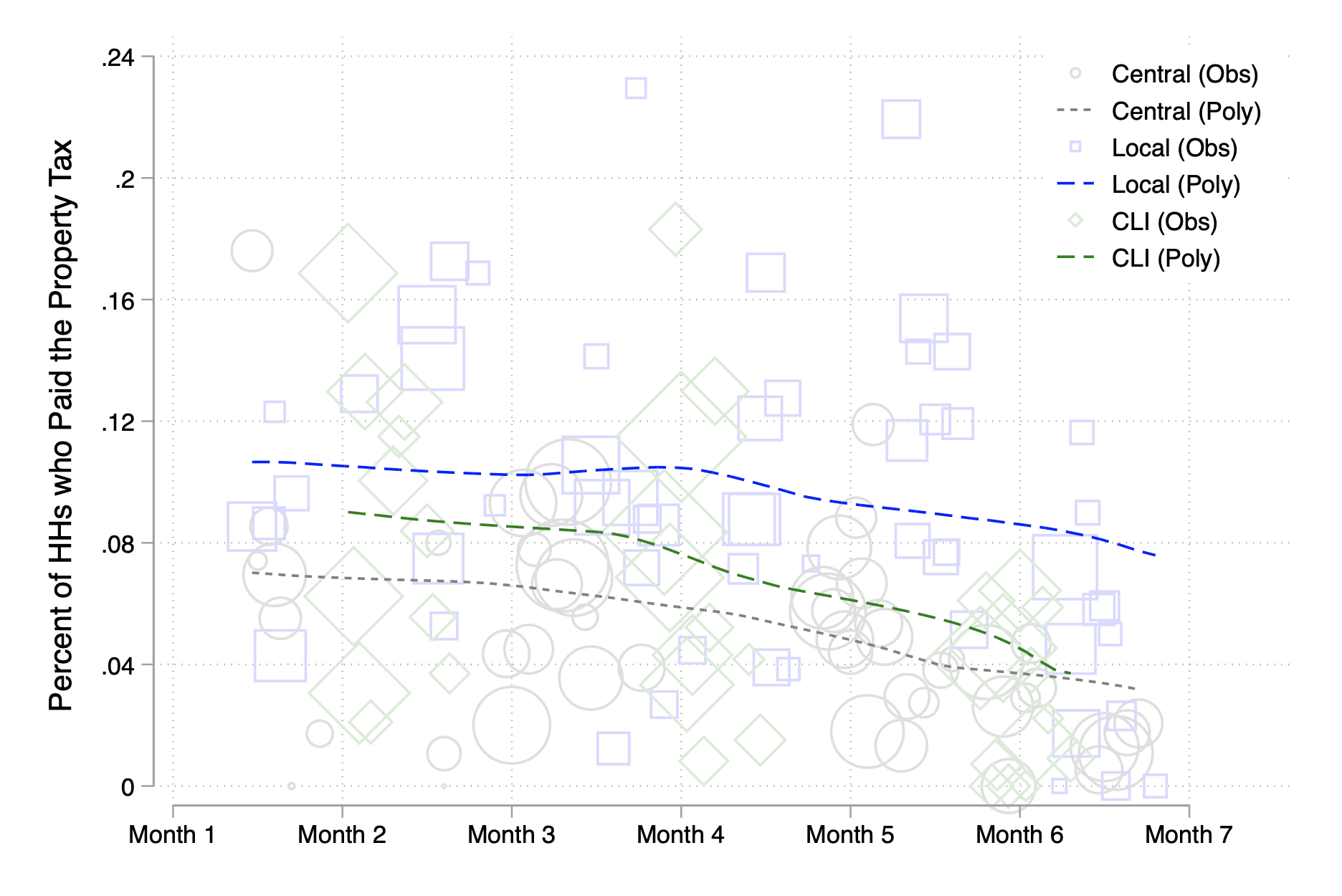 The researchers found that the chiefs were able to target taxpayers more efficiently because they had better information about citizens’ likelihood of paying property taxes. These local elites leveraged their knowledge about which households were willing to pay or had the cash on hand to pay. Meanwhile, the state agents had to rely on public information, such as the quality of the home they were visiting, which didn't always translate into tax payments.

However, there was a downside. City chiefs tended to collect more bribes, which could result in undermined trust in government, though it did not appear to in the experiment. In fact, citizens seemed to report higher levels of trust in the government in neighborhoods where chiefs collected taxes.

The authors acknowledge this trade-off, but argue that the benefits for such a low-capacity state as the DRC far outweigh the costs. In the end, collection by city chiefs was 53 percent more cost-effective. By their calculations, any government looking to maximize tax revenue would need to weigh the social cost of a dollar paid in bribes fifteen times higher than the value of a dollar in extra taxes in order to prefer state agent collection to chief collection.

While relying on local elites won’t allow the DRC to raise as much taxes as a modern administrative state, it could be an important way station.

“We're just saying that in the short run, this provides a useful first step,” Weigel said. “In settings like the DRC, where there's such a long way to go in terms of having an economy that is formal enough to leverage third-party information, the government likely needs to have some kind of short-run tax administration policy goals.”

“Local Elites as State Capacity: How City Chiefs Use Local Information to Increase Tax Compliance in the Democratic Republic of the Congo” appears in the March 2022 issue of the American Economic Review.

The rise of the state

The Great Depression led to widespread institutional changes in the US.

A threat paired with insights from behavioral economics can help ensure companies pay their taxes.