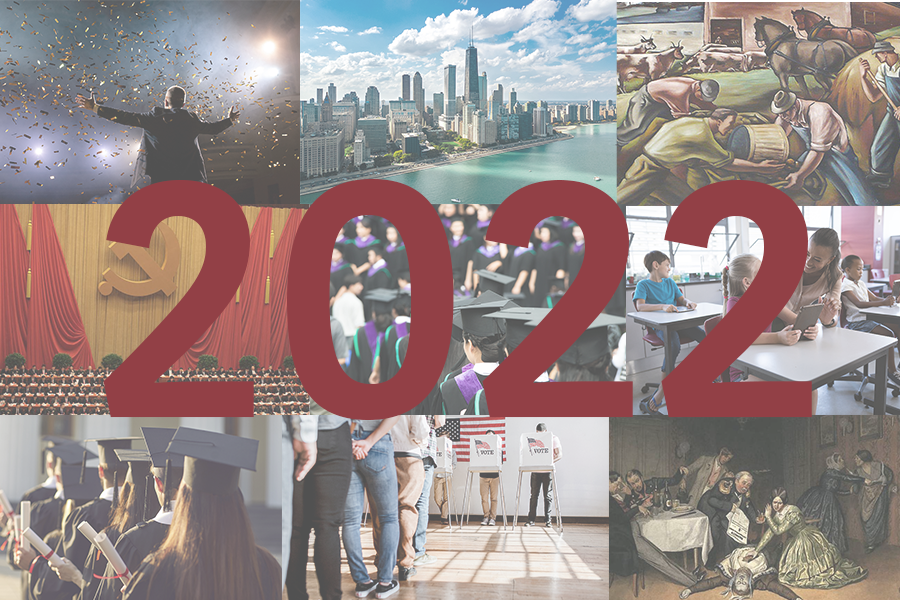 The top ten research highlights of 2022 cover a wide variety of topics.

The Research Highlight series feature summaries of selected AEA journal articles based on interviews with the authors. The top ten highlights of 2022 include pieces about the returns to an economics degree, why workers in bigger cities have higher wages,  grade inflation, and more. You can read the most popular research highlights from 2022 below. The rankings are based on overall page views. Check out more on our website.

“There's very compelling evidence in the last five or so years that additional school funding can improve outcomes like test scores and earnings and a host of other outcomes. I think we should move on from that to really start thinking about which types of expenditures are most productive.” – Jason Baron

Michael Geruso discusses why some US presidential candidates win with fewer votes.

"It was our goal to help in our small way better inform the public and political actors about the likelihood of inversions events. If you think that the reason we should reform the system is to avoid inversions or legitimacy crises, then it makes sense to have some quantitative measure of how often you should expect these events in the absence of reform." – Michael Geruso

Why do workers in larger cities make more money than their peers in smaller cities?

Economist Theodore Papageorgiou argues that the number of occupations across cities is a critical factor driving the urban wage premium. The findings illustrate a recent shift in emphasis among economists who study labor markets from focusing on jobs to focusing on occupations.

Why do autocracies sometimes use democratic institutions?

Why do autocrats allow democratic movements to make progress in limited ways, only to swiftly undermine them? Researchers Monica Martinez-Bravo, Gerard Padró i Miquel, Nancy Qian, and Yang Yao say that it may largely be due to bureaucratic capacity and economic growth.

5. The returns to an economics degree

“I think a lot of undergraduates look for publicly available statistics about average wages and different majors. The trouble is that while to some degree those statistics capture differences in student outcomes coming out of different majors, they also capture a lot of other information that's probably not so helpful.” – Zachary Bleemer

What are the long-run impacts of vocational education on labor market outcomes?

Economists Mikko Silliman and Hanna Virtanen investigate the long-run returns from career and technical education. Their findings offer important insights as policymakers around the world weigh investments in these programs.

“I would encourage policymakers to be intentional about how they are making grading decisions. If we inflate grades, what is that going to do to graduation rates? Which students are going to graduate at higher rates? But you also want to think about the potential lost incentive to study and weigh those two things out.” – Jeffrey Denning

8. The downside of great expectations

How do overly optimistic growth forecasts affect a nation’s economy?

Economists Paul Beaudry and Tim Willems investigate the consequences of overly optimistic growth expectations. Their examination of IMF forecasts around the globe contributes empirical evidence to an economic theory that has been around for nearly a century.

9. The agricultural roots of economic growth

Did agricultural diversity in mid-nineteenth-century America lead to today’s higher standards of living?

The roots of industrial growth may lie in the agricultural societies that gave rise to modern economies, according to economist Martin Fiszbein. He found that agricultural diversity in America before the Second Industrial Revolution played an important role in the country’s long-run development.

"One reason why I think it's very important to consider cholera is because of the political story of how this pandemic allowed for building consensus to do something in favor of the poor." – Guido Alfani

Economists addressed the recovery of Southern wealth after the Civil War, why the United States has the best research universities, Facebook filters, and more.