How much does trade impact urbanization? 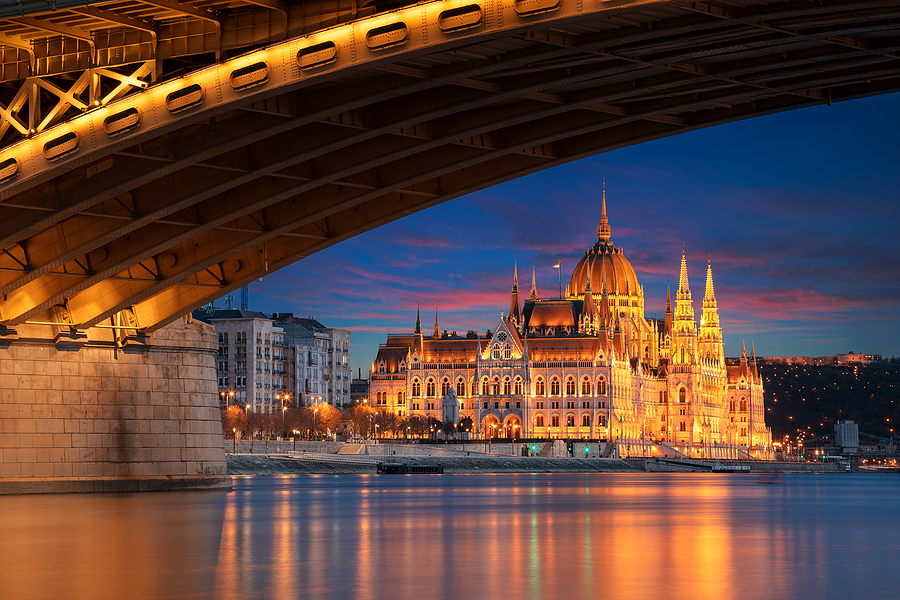 The Hungarian Parliament Building in the capital, Budapest, sits along the bank of the Danube river.

From ancient agoras to modern day stock exchanges, places of trade have been at the heart of major cities throughout history. And if the suggestion that traders sparked urban civilization is correct, the connection between cities and trading may run even deeper.

Yet, economists have struggled to find hard evidence to identify the extent to which trade impacts urbanization.

In a paper in the American Economic Journal: Microeconomics, author Dávid Krisztián Nagy studies a critical juncture in Hungary’s history to help estimate this effect.

The difficulty in trying to estimate the effect of trade on city growth is that trade and population density mutually reinforce each other. Bigger cities induce more trade, and more trade facilitates bigger, richer cities.

“When it comes to empirical work in economics, we might want to understand the extent to which trade affects urbanization, but it's very hard to isolate that causal effect from its reverse,” Nagy told the AEA in an interview.

However, Nagy found a scenario to study the effects of trade  in the politically tumultuous period between the World Wars.

In 1920, following the end of the First World War, the Allied Powers carved the modern country of Hungary out of the Kingdom of Hungary, which had been part of the Austro–Hungarian Empire. The Treaty of Trianon enshrined these new borders for Hungary and left it with less than 30 percent of its historic territory.

Nagy discovered through historical records that most Hungarian cities traded for the most part with other Hungarian cities, especially after the Treaty when political tensions with neighboring countries brought Hungary’s international trade to a standstill. In addition, he noticed that cities close to the new borders experienced a dramatic decrease in trade with nearby locations that ended up on the other side of the border.

With this evidence that the shape of Hungary’s internal trade was significantly affected by the new borders, Nagy analyzed data on the growth of urbanization in Hungarian counties over this period.

The data revealed that there was substantial variation in the growth of cities across Hungary’s counties.

While most counties continued to urbanize after the war, the counties just inside the borders of the new territory grew much more slowly than counties farther away. Doubling the distance from the new border increased a county's urbanization by 0.751 percentage points between 1910 and 1930, more than half of the average increase in county urbanization during the same period.

The evidence suggested to Nagy a strong relationship between disrupted trade and urbanization, but without any historical data on Hungary’s internal trade, quantifying that relationship proved more challenging.

Urbanization along Hungary's new border
The chart below shows the evolution of urbanization in a central county (top left graph) and a peripheral county (top right graph) between 1890 and 1930. The bottom left and bottom right maps show the location of each, respectively. 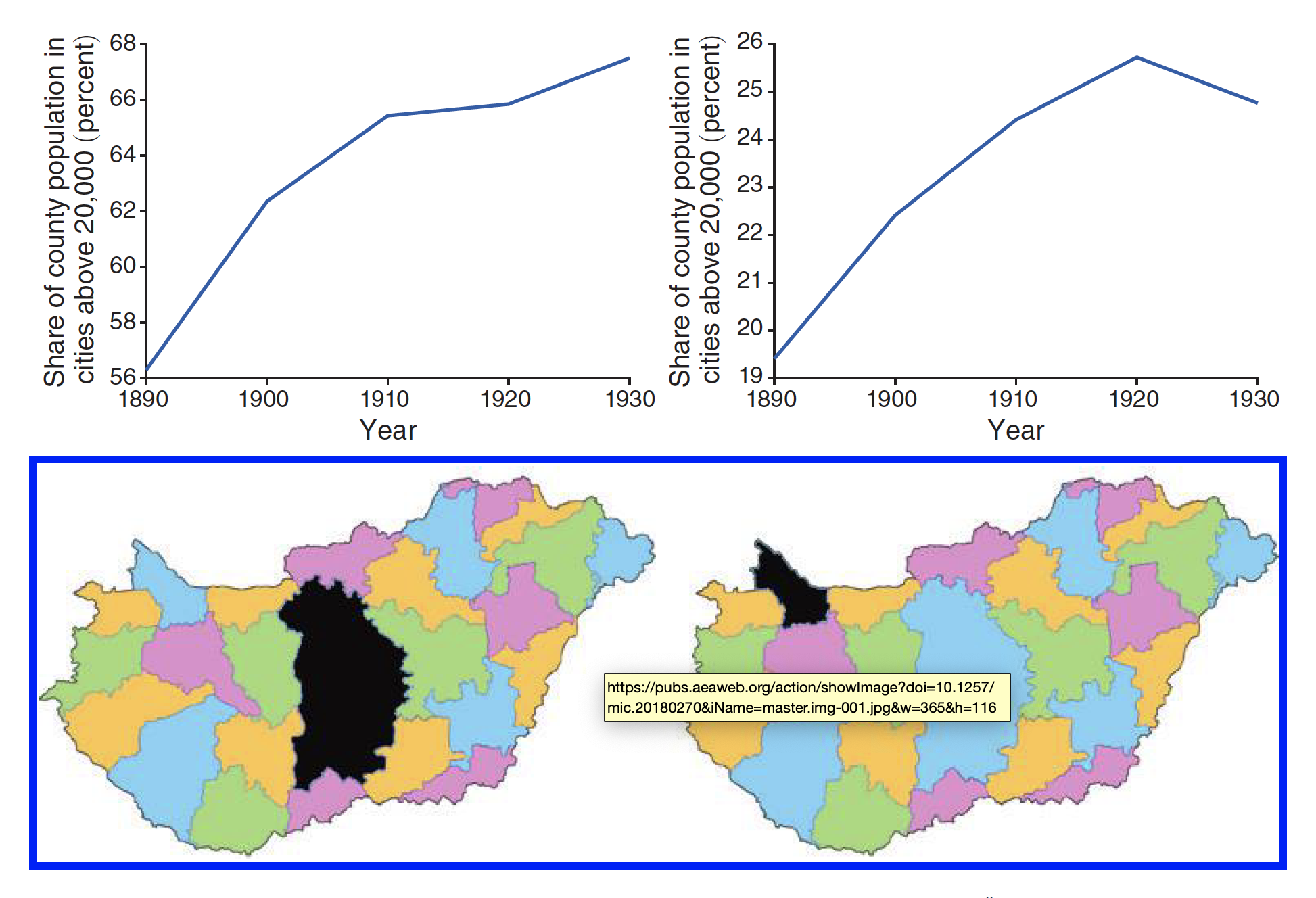 To overcome this obstacle, Nagy built a spatial model of trade. This approach allowed him to calculate trade flows between cities, and then use that estimate to calculate the impact of trade on city growth and incomes.

Nagy’s model confirmed his suspicion that border regions experienced the largest drop in trade, which led to lower real income and slower urbanization.

In his model, cities close to the new border saw trading decrease by 20 to 60 percent, while those farther away lost substantially less or even saw moderate gains in trade. Overall, the decrease in trade led to an average loss in real income per capita of 15.55 percent, but that number was even higher among border counties. And counties twice as far from the new border had a 0.833 percentage points higher increase in the population of its cities relative to its rural settlements.

Overall, Nagy’s research reveals the important role that trade has played in the growth of cities. But it also points to the steady increase in trade across the globe as a potentially important driver of development.

“One very important part of development is urbanization—the fact that people move to cities and their lives become better as a result,” Nagy said. “Cutting back on trade can actually risk cutting back on that development.”

“Trade and Urbanization: Evidence from Hungary” appears in the August 2022 issue of the American Economic Journal: Microeconomics.

Please share your feedback by taking this quick survey.
It should only take a minute or two.

Why do workers in larger cities make more money than their peers in smaller cities?

The spillover effects of trade wars

The 2018 tariffs caused price spikes to products that weren't even protected.