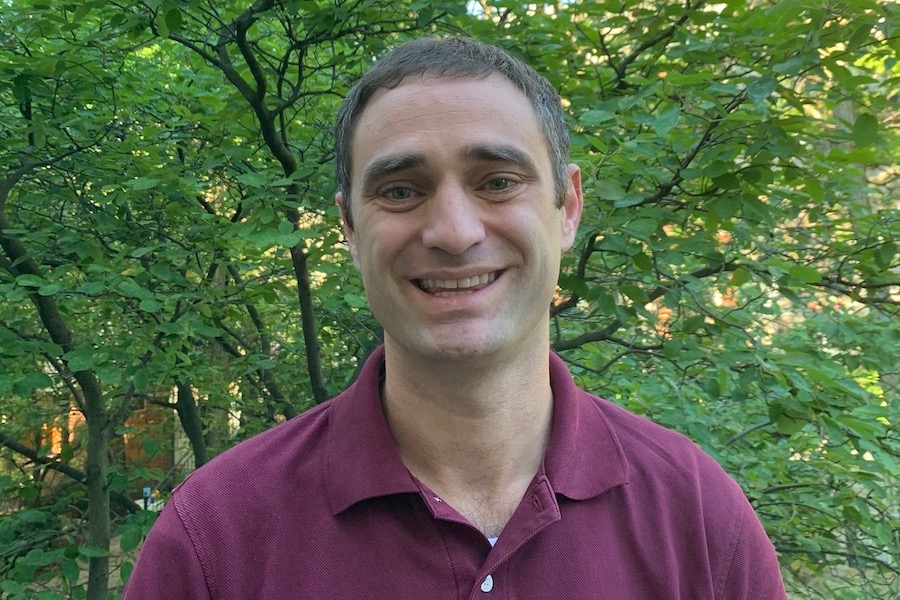 Ben Feigenberg is an assistant professor at the University of Illinois Chicago.

Even before there was President Trump, there was “the wall.”

America has spent billions on border enforcement, which includes a barrier between the US and Mexico. And the current administration’s nationalistic promises to put “America first” have given the border wall heightened symbolic importance. But it’s not clear just how effective it is in actually preventing migrants from entering the US.

Ben Feigenberg says the wall does, in fact, have a substantial impact on the number of people crossing the border. In the July issue of the American Economic Journal: Applied Economics, he says that construction of a border fence reduced migration by up to 35 percent. However, that doesn’t seem to be any more cost-effective than hiring more border patrol agents.

The AEA’s Chris Fleisher spoke with Feigenberg about what his research says about the effectiveness of border walls, potential unintended consequences, and how economics can inform debates around policing and criminal justice.

The edited highlights of that conversation are below. The full length interview can be heard by clicking on the podcast player below.

Chris Fleisher: You wanted to know how effective the border wall was in achieving its policy goals, basically restricting migration. Why do you think that this is an essential question to ask?

Ben Feigenberg: US federal immigration policy has been using the border as a means to try to prevent undocumented immigrants from entering into the United States. A lot of money has been spent on that. I cite a statistic in the paper that for the past two decades, there has been an almost tenfold increase in border patrol spending. In spite of that increase in spending, we don't have very good empirical evidence on what all of that money actually does, whether it achieves its goals, and who it deters.

Fleisher: The evidence on this question has varied. Some of it has suggested that border walls are not effective at all, while other papers have suggested more modest impacts. You found a pretty sizable impact. How effective are these border fences at achieving their goals of restricting migration and what did you do differently in your research that might have led to this result?

Feigenberg: I find a couple summary findings, for those living in the Mexican border region, if they're residing in a municipality that's fenced, I identify a 27 percent decline in migration from that municipality. Then I find reductions in the interior of Mexico up to 35 percent, depending on what share of the municipalities through which residents had historically crossed have now been fenced. Those are pretty sizable effects, with the important caveat that this is also a really expensive program. Billions and billions of dollars were allocated to border fence construction. I have back of the envelope cost-benefit calculation at the end of the paper that says in spite of these large estimated deterrent effects, at the end of the day, this looks likely no more effective than the technologies that were already available in terms of just increasing staffing levels at CBP.

Fleisher: I wonder about any unintended consequences that you don't consider here with putting up a fence. I'm thinking about the impact on local economies on either side of the fence that might impact the earnings of border communities, potentially destabilizing them. Do you get into that at all, and if so, what are the consequences of putting up some of these walls beyond restricting migration?

Feigenberg: That's a bit outside of the scope of this current project, but certainly a set of questions I'm interested in and something that I actually have some ongoing research looking at. I do find declines in earnings. It looks like communities that had been hubs for migrant crossing routes . . . are particularly hard hit. Not surprisingly, I think a substantial share of those local economies had been devoted to housing, providing supplies for prospective migrants and so forth. I think another dimension that isn't covered in my work but, in the process of building up this dataset on fence construction, I learned a lot about are the environmental costs, which were likely quite substantial. Part of the process of authorizing fence construction was to waive a number of environmental regulations.

I think one other cost that I note in my paper, although it's not the focal point of my study, is that on a per migrant basis, the mortality risk associated with crossing also increased fairly dramatically during this period. That's probably not surprising. The fence effectively forced individuals to cross in more topographically inhospitable regions.

Fleisher: So much of this border wall debate has become politicized. It's more about symbolism in many cases than it is about good policy. How do you think your research can help cut through such a polarized debate?

Feigenberg: A key takeaway from my work is to say that it looks like it's not the case that the fence does nothing. To be quite frank, I started working on this project because I thought the emphasis on this tool as the be-all and end-all way to stop undocumented migration seemed a little far-fetched. I was personally surprised that I found the fence deterred migration to the extent it did. At the same time, as I mentioned earlier, it's also not a silver bullet. It's likely no more cost-effective than other technologies that have already been around. I think that speaks to the fact that probably a substantial reason there has been such a push for fence construction is this symbolic value, because as an actual border enforcement tool, it doesn't look like it's a panacea by any means.

Fleisher: Border enforcement relates to a broader interest of yours, which is policing and criminal justice. How did you get interested in the economics of criminal justice and why do you think it's important that economics look at issues like this?

Feigenberg: I think the starting point of working on migration-related topics is that I'd spent some time living in Latin America; my wife is an immigration lawyer, and so I was quite familiar with these push-pull factors driving migration. Starting from there, having worked on this topic, I'd begun to immerse myself in the related literature, which as you mentioned, ties into some of this work on broader public safety, criminal justice and policing.

I had been interested in the impacts of US policies on marginalized communities and, of course, individuals who are attempting to migrate illegally to the United States are often quite disadvantaged. Another area where we see disparate impacts in this case on more marginalized communities is in policing criminal justice policies. That was something I had begun to grapple with in terms of thinking about what are the questions that would be interesting to explore, what are the answers we don't yet have. When I moved to Chicago, now about six years ago, I think I became more laser focused on those topics. Crime and violence is a very first order concern and has been persistently in Chicago, given high homicide rates, high shooting rates, and the intractability of the problem.

In terms of the role that economists can play in this research, I think we bring a different perspective. We have a focus on causality, trying to understand the effects of policies or behaviors. I think that complements work that is more institutionally focused or more focused on understanding the perspectives and behaviors and sets of individuals rather than sort of at the aggregate level.

“Fenced Out: The Impact of Border Construction on US-Mexico Migration” appears in the July issue of the American Economic Journal: Applied Economics. For more highlights of economic research, subscribe to our monthly Research Highlights email digest.

The enduring impact of skilled immigrants

A Brazilian program to settle European immigrants in rural areas of Sao Paulo had lasting effects on those communities.