The far-reaching effects when a mother stops smoking 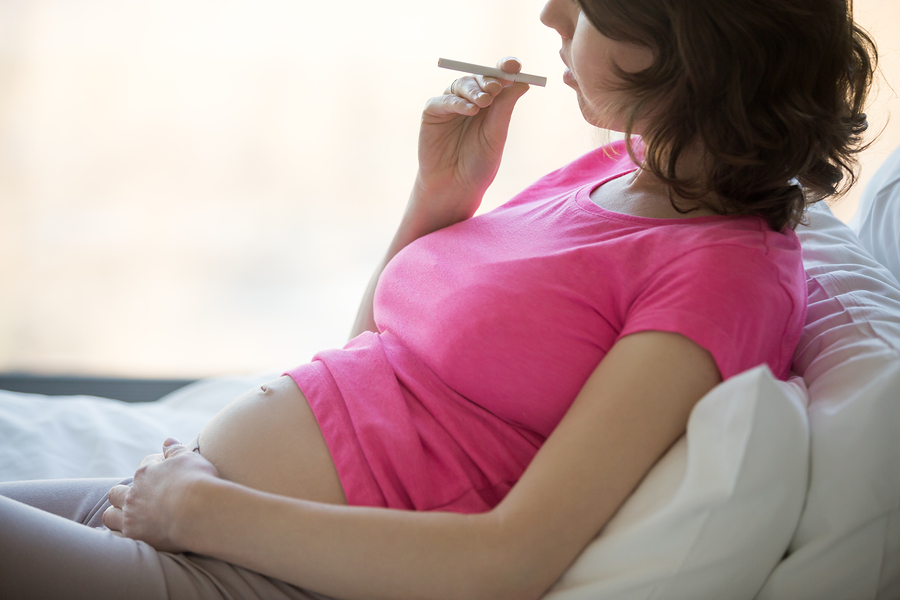 Raising the price of a pack of cigarettes can help convince pregnant women to stop smoking.

Public health officials have long warned pregnant women to avoid smoking, but the consequences when that advice is ignored may be more severe than we thought.

Children born to women who couldn’t kick the habit tend to be sicker later in life, spending more time in doctors' offices and out of school than kids who weren’t exposed to cigarette smoke in the womb, according to a paper published in the October issue of American Economic Journal: Applied Economics.

In “Does Early Life Exposure to Cigarette Smoke Permanently Harm Childhood Welfare?,” University of Connecticut economist David Simon says that smoke exposure early in life has far-reaching consequences that stretch into a child’s teenage years, raising questions for policymakers as they work to reduce smoking and spending on health care.

“All this time, we’ve known that cigarette smoking in utero is bad,” Simon told the AEA in an interview. “But little has been done to make that connection with policy, and how changes in the taxes can directly be used to change health behaviors.”

The findings come as states and the federal government tighten controls over the tobacco industry and step up efforts to dissuade Americans from smoking by raising prices on cigarettes and promoting smoking cessation programs. Between 1980 and 2009, there were more than 80 tax hikes of at least 25 cents, with roughly 2.5 tax hikes per state. And state excise taxes on tobacco products continue to increase.

Previous studies have shown that raising prices on a pack of cigarettes, through tax hikes, can have an immediate impact on reducing smoking rates for adults, teenagers, and pregnant women. Indeed, a one dollar increase in the cigarette tax reduces per capita smoking by about a pack per month, according to Simon.  But his study is among the first to show how the impacts of policy interventions can last well beyond infancy for children born to women who give up the habit.

Analyzing data from the National Health Interview Survey, Simon found that an increase in the cigarette tax at the time of a child’s birth could help reduce the number of days they would spend in doctors’ offices and home from school later in life. For kids between the ages of 5 and 17, a dollar increase in the cigarette tax when they were in utero could reduce the amount of time that child stays home from school because of illness by up to a day per year. It could reduce the likelihood that a child would have to visit the doctor twice or more each year by up to 9 percentage points. And Simon also found ties to lowering emergency room visits, overnight hospitalizations, and asthma attacks.

Impact of a cigarette tax hike on child health
A cigarette tax hike can have a profound effect on a person’s decision to smoke, and also on the long-term health of children born to mothers who quit. Children who were born six months before a tax hike (green) spent nearly three days more each year home from school than those born around the time of a tax hike (gray). 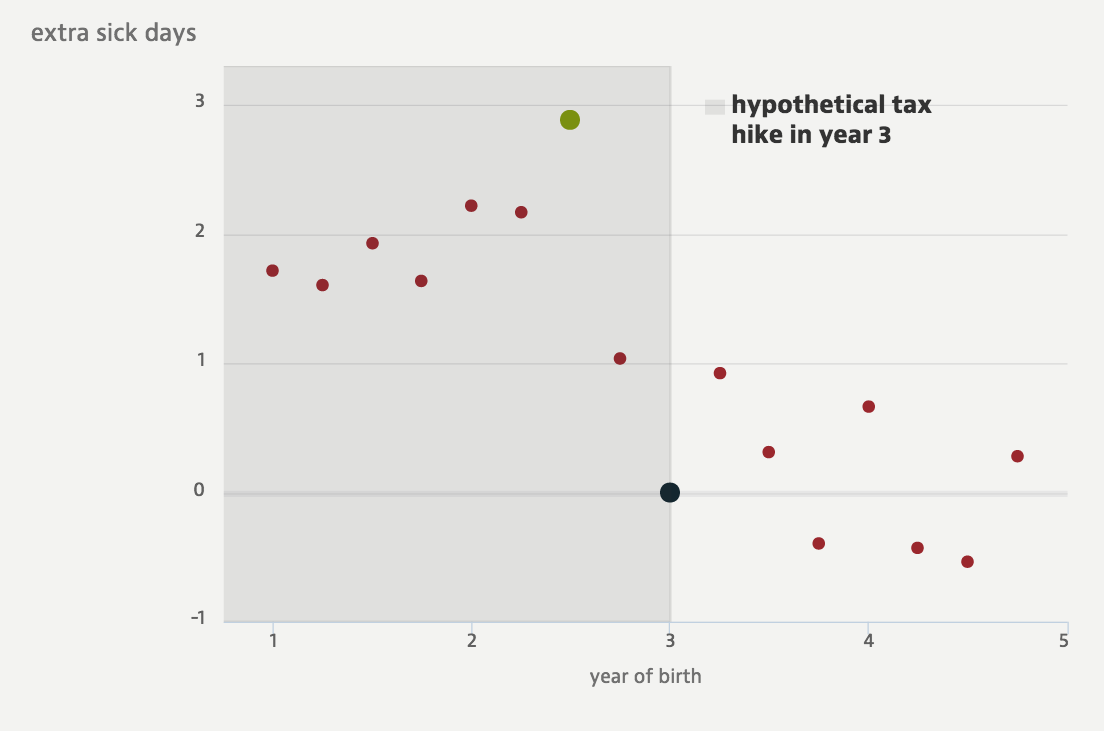 In his models, Simon accounted for other influences that would lead to improved childhood health later in life, such as advancements in pediatric care and reduced exposure to secondhand smoke as states cracked down on smoking in public places. And even accounting for those other factors, he still found lasting impacts on the health of a child when the mother quit smoking around the time of the baby’s birth.

“These effects are very persistent,” he said. “It’s not just that the child has a low birth weight or has a bad couple of years. I show that these seemed to last throughout childhood. Making that improvement in the earlier life can have high overall welfare benefits.”

Reducing the amount of time a child spends in a doctor’s office or home from school holds profound economic implications. A one dollar tax hike could save roughly $1,626 per child, per year from lower spending on asthma treatments and sick days, according to Simon. And that doesn’t even include the money spent on doctor visits.

However, the impact was greater decades ago than now, he said. This could be due to the steep decline in smoking among Americans as awareness of the harmful effects builds.

State cigarette taxes have increased an average of 80 cents from 1980 to 2009. And those price hikes have done more than just raise revenue for the states. Simon’s models suggest that they have amounted to a $5.2 billion improvement in the welfare of affected children.

The impact of tax hikes has faded recently from what it was in 1990s, though they still are an important tool for U.S. policymakers to consider, Simon said. And there are other implications for developing countries where smoking is more prevalent.

“In areas where there’s more smoking still, where people haven’t quit as much or traditionally had higher rates, there would be room for policy to improve health care,” he said.

How valuable is access to the social safety net in early childhood?

Can international exam rankings tell us how to improve American education?

Interpreting cross-country differences can be difficult – and illuminating