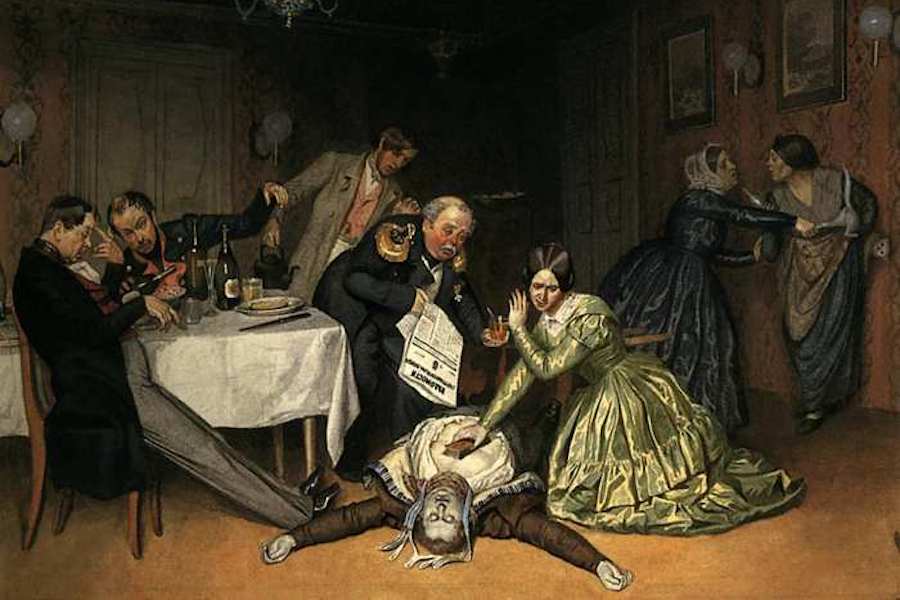 The fear of cholera gripped Russian society during its third pandemic, as reflected in this painting by Pavel Fedotov in 1848.

The COVID-19 pandemic has significantly widened wealth and income disparities around the world.

Poorer populations suffered higher rates of infection, and workers in low paying jobs were the most impacted by widespread shutdowns.

But not all pandemics have had the same effect.

In a paper in the Journal of Economic Literature, author Guido Alfani looks at the history of pandemics stretching back to the medieval Black Death to examine how factors like mortality rates and the response by wealthy elites affected gaps between the rich and poor.

Alfani says that the lessons from previous pandemics, especially cholera in the nineteenth century, offer hope for how public policy responses can have a meaningful impact on reducing inequality over the long run.

Alfani spoke with Chris Fleisher about how the history of global pandemics can help inform responses to COVID-19 and efforts to address the root causes of poverty. 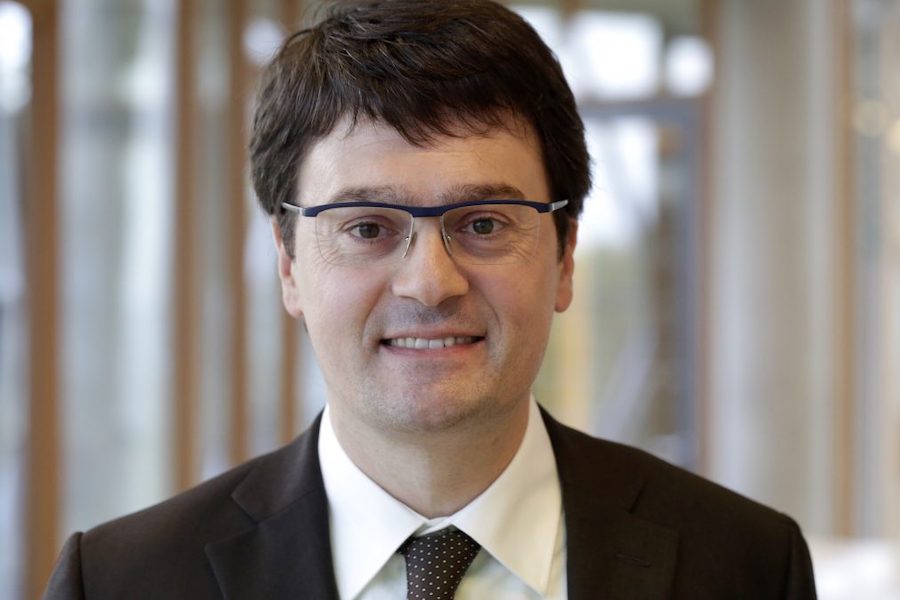 Chris Fleisher: You say that “it seems certain that the COVID-19 pandemic will lead to higher, not lower income inequality.” What evidence do we have that suggests that COVID-19 is going to lead to more inequality?

Guido Alfani: The underlying tendency of a pandemic like this one is for increasing poverty. There has been a trend in many countries across the west, especially in between 2020 and 2021, for increases in absolute and relative poverty. And we also know by now that this infection tends to infect relatively more of the poorest strata of society. But that kind of damage to physical health tends to affect the ability to generate income of the poorest strata, those who also need physical strength for their jobs.

Additionally, we have the problem of the impact of policies. Especially in the first phase of COVID, when extensive lockdown policies were introduced, there was a tendency for those having the more insecure jobs to lose part of their work and part of their income.

Fleisher: It is not necessarily certain that all pandemics lead to more inequality. In your paper, you go back to medieval times and the Black Death in the fourteenth century, and what happened to wealth and income gaps. Can you explain what happened during the Black Death?

Alfani: When we look at the Black Death, we have to realize that we are thinking about a pandemic on a scale very different from whatever we have seen in the last two centuries basically. In the European and the broader Mediterranean area, the overall mortality rates were on the order of 50 percent. It's a pandemic which is very different from that of COVID-19.

This pandemic began in Europe in 1347. The plague existed in Europe before that but it had disappeared from around the eighth century of the current era for reasons which remain kind of mysterious. And then in 1347, coming from central Asia, this infection came back to Europe in the Mediterranean. And it took the European population by surprise. The governments and individuals were totally unprepared. They didn't know what to do. The interventions that were put in place to contain the spread of this disease were very limited and generally speaking, ineffective.

And the impact that this specific pandemic had on inequality depends a lot on the fact that it took the people by surprise. What we observe in virtually all cases for which we have information before the Black Death and then shortly after Black Death is a significant reduction in overall levels of wealth inequality. And if we look closely at what happens, we also notice that these reductions were basically due to wealthy elites losing a significant share of the overall wealth to the advantage of all other strata of society.

Fleisher: How exactly did the elites lose that wealth as a result of the pandemic?

We have different processes happening at the same time. The most direct process is mass mortality, which kills across society without as far as we know any relevant gradient by socioeconomic status. Which means the rich were dying because of the Black Death in the fourteenth century, more or less as much as the poor.

One reason why I think it's very important to consider cholera is because of the political story of how this pandemic allowed for building consensus to do something in favor of the poor.

Mass mortality in this context is bound to lead to patrimonial fragmentation. And this leads to an evening of the wealth distribution by itself. All these reshuffling of properties also lead to people inheriting more property than they want to have, more land than they want to have or inheriting plots that are inefficient to work. So what they do is to try and sell part of these properties on the land market.

In addition, a pandemic that is killing half the people is also killing half the workers. Immediately labor becomes scarce. And this automatically will tend to lead to an increase in real wages.

Fleisher: How long did these effects last?

Alfani: The Black Death leads to a decline in wealth inequality, then you have a low inequality phase. The turning point is between 1400 and 1450. For example, in Tuscany, already by the end of the fourteenth century, we have signs that the tendency was turning against inequality growth, but in most other areas for which we have information, it seems that this low phase of inequality survived until the middle of the fifteenth century.

Fleisher: The cholera outbreak in the nineteenth century targeted poorer people and created a kind of “epidemiological poverty trap.” Can you explain how that functioned and why it was different from the plague centuries earlier?

Alfani: What is very interesting in the case of cholera is that cholera has the characteristic of targeting specifically the poor. And this is because it tends to spread through contaminated water and the access to good quality water tends to be worse in the poorest quarters of cities. There is a clear connection between poverty and being susceptible to cholera. The mortality caused by cholera is really different across society. It is much lower for the richest part of society than for the poorest part of society. Wealth inequality tends to decline, and we have some evidence that this happens because of mortality among the poor. In this case, you don't have a decline in wealth inequality because there is redistribution towards the poor, but because there is extermination of the poor. You're simply removing people from the bottom of the distribution.

Fleisher: It's a pretty dark narrative about reducing inequality.

Alfani: Exactly, but it is a short-run story. The long-run story about cholera is more optimistic. Maybe specifically because it became clear at a certain point that cholera spread in association with poverty and especially in areas of cities in which sanitation was particularly bad, for example because there were no sewage systems. When this became clear, a political consensus built in favor of doing something.

Fleisher: What have we learned about the levers—policy and otherwise—that we can use to reduce inequality during a pandemic? What kind of agency do we have?

Alfani: What seems to possibly work given the nature of these episodes is that all that can be done to try and protect the poorest strata from being subject to COVID infection more than they would otherwise, and those [policies] that protect them from the loss of income caused by the pandemic because, for example, their job position is not secure or they risk remaining without a job immediately without any kind of social protection.

One reason why I think it's very important to consider cholera is because of the political story of how this pandemic allowed for building consensus to do something in favor of the poor. What this tells us is that in many Western countries, we know that poverty has been increasing. We also know that poverty is very difficult to escape. I always wondered and hoped personally that the political conditions created by the COVID-19 pandemic might have also allowed us to build a consensus across society for doing something to help the poor from falling to an even lower level of poverty. Maybe this is the moment when it's possible to build a consensus across society for trying to do something to address the real roots of poverty.

“Epidemics, Inequality, and Poverty in Preindustrial and Early Industrial Times” appears in the March 2022 issue of the Journal of Economic Literature.

Sickness and the city

Long after a cholera-ridden neighborhood in London was cured, it stayed relatively poor. Why?

Work and childcare during the pandemic

Stefania Albanesi discusses the effects of the COVID-19 recession on the US labor market.