Natalie Bau discusses the impact that pension reform had on traditional family arrangements in Indonesia and Ghana. 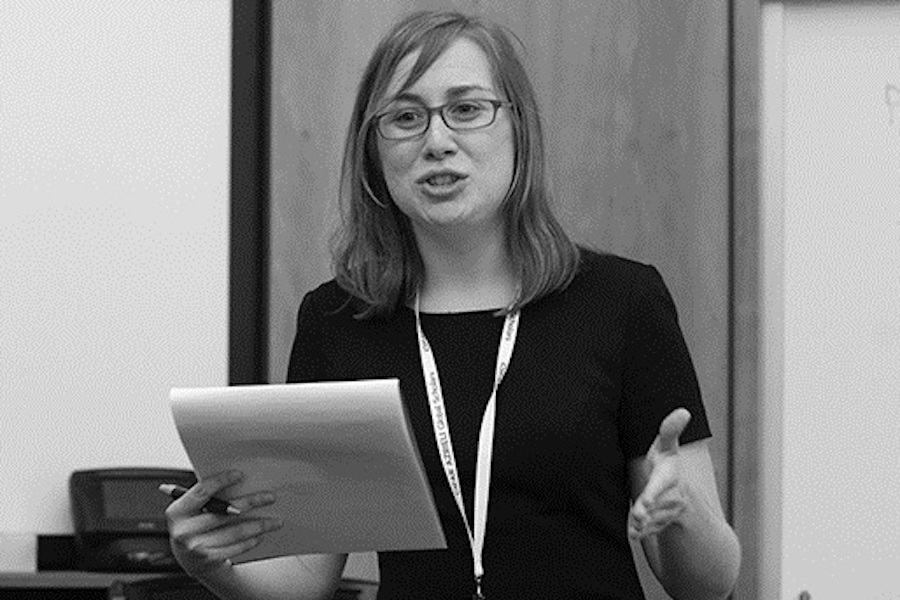 Natalie Bau is development and education economist at UCLA.

Courtesy of the author

Culture is shaped by the conditions in which humans live.

As societies modernize, their cultural traditions will change too. But it’s difficult to identify what is driving those changes and what role public policy may be playing.

In a paper in the American Economic Review, UCLA professor Natalie Bau investigates the introductions of pension systems in Indonesia and Ghana and their effects on traditional family arrangements. She found that having access to a pension led parents to invest less in the education of children who would have traditionally supported them in old age. It also resulted in more of those children leaving home after marriage rather than continuing to live with their parents, as was the customary practice.

These findings have broader implications for how we understand the interplay between culture and policy, particularly in low-income countries.

Bau spoke with Chris Fleisher about the complexity of studying the intersection of culture and economics, the implications from her research for the wider push for pension reform in the developing world, and the unintended consequences of public policy.

Chris Fleisher: How familiar were you with local customs in Indonesia and Ghana before you started this paper? Were they places you had been before?

Natalie Bau: Not really. I got interested in this idea of looking at the specific set of cultural traditions, matrilocality and patrilocality, for two reasons. One is that the practice of these traditions is very observable in census data. Matrilocality is when daughters live with their parents after marriage and support them. Patrilocality is when sons live with parents after marriage and support them. Most cultural traditions that we think about are really hard to see in standard data sources. But these are cultural traditions that you can see fairly easily. I got really interested in this because it was a case where I could actually look at how cultural practices were changing. The other reason is that I was interested in how these traditions might incentivize parents to make educational investments. I wanted to understand why parents might fail to invest in their children and I thought that parents might be more likely to invest in their children if they thought they were a good source of old age support.

Fleisher: These cultural traditions, matrilocality and patrilocality, have persisted for hundreds of years. Did you have any sense of how these long-standing traditions would be affected by a single policy reform?

Bau: You can sort of see arguments in both directions. On the one hand, these traditions have persisted for an extremely long time. You might think that the environment has changed quite a bit over time, yet these traditions continue to persist. Why should we expect them to change now? On the other hand, the environment is changing now in new and really different ways. Throughout most of human history one of the main sources for old-age support would be from one's own children. It's only very recently that people had access to things like pension plans. In lower income countries, even things like formal savings are pretty recent. Even though these traditions have been highly persistent, we might expect that these new policies that are specifically affecting the thing that the tradition is helping to resolve might have an effect on the tradition.

Fleisher: So what actually happened? How did parents treat their children differently after they realized that they had this financial support?

Bau: I was interested in two different hypotheses. I was interested in the idea that parents were going to invest more in the education of children they expected to support them in their old age because they could capture more of the returns on their educational investment. And I was also interested in the idea that maybe when parents no longer needed children to support them in their old age, they would be less likely to transmit these cultural practices of matrilocality and patrilocality to their children. In the case of Indonesia, I compare people from traditionally matrilocal ethnic groups to people from ethnic groups that don't traditionally have matrilocal traditions and I see that when the pension plan comes in, daughters who would normally support parents in their old age in these traditionally matrilocal groups get less education. This is consistent with the idea that parents are reacting to these pension programs by investing less in their daughters’ schooling. In addition to that, I also see that these same daughters who are young when the pension plan comes in from these matrilocal groups are differentially less likely to live with their parents when they're older and married. Not only are they less educated, but they are less likely to practice matrilocality.

What my research is really highlighting is that these reforms come with sets of complicated tradeoffs that people typically haven't acknowledged.

Fleisher: Are there certain customs or traditions that you think might be more resistant to economic development?

Bau: I don't think it's necessarily unique. I think we probably need a larger theory about why policy can cause cultural change in some instances and doesn't in other instances. I think part of it is thinking about what purpose culture is solving. What is it accomplishing for people in that society and how is a policy affecting that? In the case of matrilocality and patrilocality, part of what that cultural tradition was doing was providing parents a form of old age support. That's exactly what a pension plan does. It's a natural case where we might expect policy to change a cultural practice. In other work I have now, I'm starting to think about cultural traditions like dowry and polygamy and trying to think about what kinds of policies might change those cultural traditions.

Fleisher: There's been a larger global push for pension reform in developing nations because of their rapidly aging populations. What does your research say about how economists should be thinking about the unintended consequences of these reforms?

Bau: What my research is really highlighting is that these reforms come with sets of complicated tradeoffs that people typically haven't acknowledged. In my work in Indonesia, I see that the pension program is reducing female education. That's potentially a bad thing, but I don't think that it means that you don't want the pension policy. It might mean that you want to combine the pension policy with other policies that mitigate these negative effects on female education—things like conditional cash transfers for educational investment. Even though these pension programs might have negative educational effects, they could also have lots of positive effects.

Fleisher: Do your findings suggest that cultural change and the shedding of certain traditions is naturally going to follow economic growth?

Bau: Culture evolves in response to the environment. So, if economic growth is changing the environment, including the policy environment, people's work opportunities, the opportunities for people of different genders, the kinds of activities people engage in whether they're working in agriculture or other things, then I think that it's likely to potentially lead to cultural change because it's just changing the payoffs of different behaviors. It's changing the need for different cultural institutions. It's not just about economic growth. Whatever changes the economic environment in important ways could potentially lead to cultural change.

“Can Policy Change Culture? Government Pension Plans and Traditional Kinship Practices” appears in the June 2021 issue of the American Economic Review. Music in the audio is by Podington Bear.

The relationship between ethnicity and culture is not always clear-cut.

What have economists learned about culture?

Understanding the interplay between culture and institutions