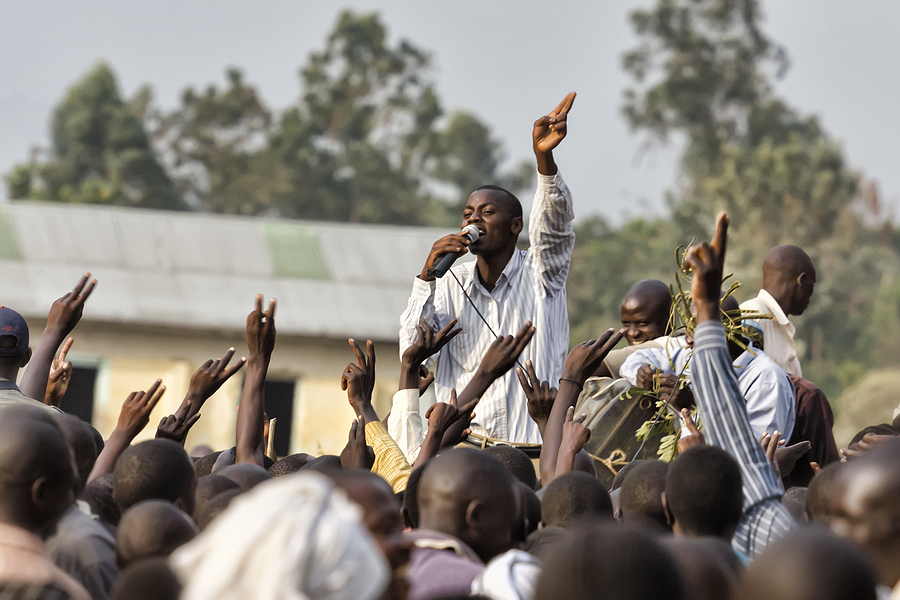 Ugandan activist speaks at an opposition rally, held by the Forum for Democratic Change, during a general election.

The past weighs on every country, and nowhere is that more true than in Africa. The continent’s legacy of slavery, colonialism, and division has stood in the way of Africa’s struggle for stability and economic progress.

But in a paper in the Journal of Economic Perspectives, authors Nathan Canen and Leonard Wantchekon argue that economists must primarily consider the impact of modern-day policy choices to fully understand long-term growth in Africa.

They say that political distortions—situations where special interest groups are able to direct economic development toward their own ends rather than toward improving general welfare—play an underappreciated role in Africa’s development. Approaching the continent’s economic growth through that lens may lead to more insights about how to create institutions that give average citizens a leg up on special interest groups.

Canen and Wantchekon recently spoke with Tyler Smith about how state capture is holding back economic progress in Africa and what to do about it. 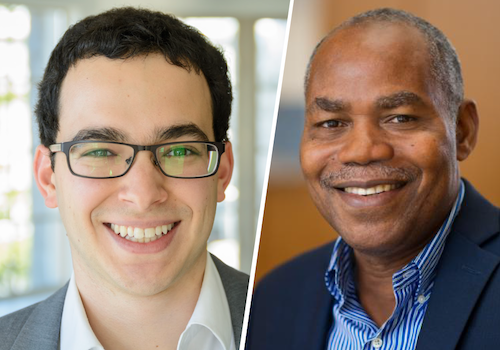 Tyler Smith: A lot of economic research on the development of African economies has focused more on deep-rooted historical problems. But you say that these structural factors may play a more limited role today than many observers believe. Why do you think that?

Leonard Wantchekon: For three reasons. First, the impact of history is very complex. You can point to slavery having a detrimental effect on current development. But the same may not be said about colonial education, for instance. Because of the complexity of history, it's very difficult to make a direct claim about the impact of history on current outcomes. The second point that we wanted to stress is the fact that even the evidence available shows that it only explains maybe 10 to 25 percent of variation. There are countries that have very tragic histories that have recovered and others that had more opportunities in the past, but squandered those opportunities in the present. As a result, we have to shy away from more or less deterministic arguments. The third point, which is also very important, is that it's not always clear what should be done about history because history is fixed. History happened, so we are living the consequences, but it is unclear what we do about it. So that's why contemporary institutions and policies that affect development are very important.

Smith: How are businesses in Africa today that have special political connections holding back economic growth?

Nathan Canen: In the paper, we give a series of qualitative examples and then discuss some more evidence that comes from systematic observations. For example, in South Africa during Jacob Zuma's government, there appeared to be some capture in the sense that there is undue influence by the business community. I think the most salient example is the case of the Gupta brothers, who appeared to not only have influence over economic policy, but were also able to suggest names to government officials and possibly even the Ministry of Finance, according to some government reports. It is always very hard to be able to observe this in general because this is not really well seen in the data. So part of what we are trying to do in this paper is to take theory about when we should expect these things to happen, who would benefit from them, and combine it with the extant evidence from more localized methods. For example, in Nigeria some firms have political connections that seem to benefit from distortions. And we point out that the effects that this has—from both a theoretical point of view and the data—is that it distorts market outcomes.

Smith: What do you think are the most promising ways to stop distortions from the business community?

Canen: Among the large institutional reforms, campaign finance laws have both theoretical support from the economic and political science literatures, as well as empirical support, for example, from other countries. We show that while a lot of countries in Europe and in the Americas have implemented campaign finance laws that restrict donations by firms to politicians, at least capping those amounts or informational regulations, that is not the case in much of the African continent. So there is scope for such policy implementation.

Among more localized evidence, we cite the role of audits in trying to inform the public about what is really being done. So part of the issue with these state captures is that they are unobserved. And if they are unobserved, voters can't choose to change [political] decision-making and regular citizens can't affect those in power or change their policies. Audits at least make it a possibility by disclosing some evidence about who was actually spending as expected and who was not.

I think that what is really promising in Africa is the very high demand for democracy. . . . I think what is critical is to help those social movements be better informed to frame their demands in such a way to maximize impact.

Smith: In a lot of advanced economies, citizens have more outlets to push back on their governments, and sometimes democratic values are more entrenched there. I know there's a lot of variation, but what should African nations do to encourage more active, informed citizens?

Wantchekon: I think that what is really promising in Africa is the very high demand for democracy. Even in countries that are under authoritarian rule, people really understand what democracy is. If you look at election outcomes, electoral participation in many of the elections is very high. More and more, you have a very active civil society using social media demonstrations. I think what is critical is to help those social movements be better informed to frame their demands in such a way to maximize impact.

Another thing that I think is important in the context of Africa, which is very much part of African culture, is town meeting–style institutions, participatory institutions at all levels. When I was growing up back in Benin, there were countless numbers of big town hall meetings with kids, women, and men talking about almost anything. This kind of drive for participation, not only around election time but also between elections, is something that should be institutionalized. It's important that reforms at the local level involve a high degree of policy deliberation and participation so that there are always channels for people to voice their concerns and to make suggestions as to how the government could be improved. By doing that, you are basically getting them to invest in the government.

Wantchekon: It's very difficult to champion one country in particular, but you can point to specific policies in some countries that have proven very helpful. For instance, in South Africa, they have a truth and reconciliation commission that brought out the bad deals that were made between the government of Zuma and the Gupta brothers as a way for the public to know the mechanisms of state capture. They could have just arrested a couple of people, put them in prison, and used the judicial process, but they made it a public debate about government ties with business. It not only helped build a popular understanding of those distortions, but it got people to demand solutions. I think that's one important way to put those issues at the center stage of politics, policy, and political debates.

“Political Distortions, State Capture, and Economic Development in Africa” appears in the Winter 2022 issue of the Journal of Economic Perspectives. Music in the audio is by Podington Bear.

Dean Yang discusses how temporary farming subsidies in Mozambique are giving a massive boost to food production and economic well-being.

Connecting Africa to the digital fastlane

How did high-speed, high-capacity Internet affect African businesses and workers?