Divergences in life expectancy across US states

With advances in modern medicine, US life expectancy steadily improved over the second half of the 20th century. But that progress masked a growing gap in mortality between poorer and richer states that started in the 1980s.

The exact reasons for this divergence are still unknown, but a paper in the Journal of Economic Perspectives helps rule out some possibilities and provides guidance about where to look next.

Authors Benjamin K. Couillard, Christopher L. Foote, Kavish Gandhi, Ellen Meara, and Jonathan Skinner say that two types of explanations stand out. On the one hand, previous research has found numerous ways that state institutions and policies have affected health outcomes. And on the other hand, there are reasons to believe that behavior and culture also contribute to mortality differences.

Disentangling these two strands may be a significant challenge for future research, according to the authors.

Meara, who is Professor of Health Economics and Policy at Harvard, and Foote, who is Senior Economist at the Federal Reserve Bank of Boston, recently spoke with Tyler Smith about rising geographic disparities in US mortality.

[Note: The views expressed herein are solely those of the authors and do not necessarily represent the views of the Federal Reserve System or the Boston Fed.] 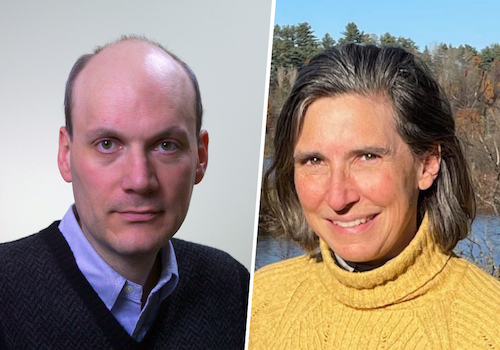 Tyler Smith: Obviously, COVID-19 has taken a terrible toll on the US recently, but even before the pandemic, the trajectory of US mortality had been worrying public health officials. Can you give a brief overview of what that trend looks like?

Ellen Meara: Basically, dating back to 1960, US life expectancy had been climbing quite steadily. What happened, though, is that somewhere around 2010 that climb in life expectancy flattened out. And in fact, that change is happening quite differently for different groups. Life expectancy is not growing—or even falling—for groups with lower education, for example. And the other thing that you see happening over this time period is that when you look across US states, there are some major changes happening as well. After a period where states were converging, becoming more equal in terms of longevity, somewhere in the early 1980s that started to reverse, and we see life expectancy becoming more unequal across US states.

Meara: I think people won't be entirely surprised to know that the South is not doing as well as a region as other areas, and then coastal areas tend to be doing better. You see things looking better in states like Massachusetts or California. Then there are some standout states—a state like West Virginia is really struggling over this period.

Christopher Foote: When we're thinking about which states are doing better and which states are doing worse, one of the things that our paper does is relate that question to the average income of the state. In the ‘60s and ‘70s, there was not a strong relationship between the average income of a state and how long people lived. As the states start moving apart in their midlife mortality rates, what happens is the states start lining up in terms of their income, with the high-income states doing better and the low-income states doing worse. More particularly, there's a continued improvement in life expectancy and improvement and in midlife mortality rates in the more high-income states like California and Massachusetts. But the lower-income states do not improve.

Smith: Why are we seeing this relationship between income and mortality now?

Meara: I think that is the million dollar question here, and I want to emphasize something that our paper does, which is that it considers some explanations that we think are quite likely and it shows you what it's not. One thing that's happening over this period is you're seeing rising divergence, not just in health measures, but you also see it in state-level incomes. So income inequality naturally comes into this. But divergences in mortality are not really linked to this rising income inequality in any systematic way.

We sort of rule out what we might think of as the usual suspects. So, we say future research is needed, but it should focus on two main types of questions. Are the high-income states implementing better policies? Or are there norms surrounding health that are present in high-income states that are not present to the same degree in the lower-income states?

Smith: What is it then that these high-income states are doing right?

Foote: As Ellen said, we sort of rule out what we might think of as the usual suspects. So, we say future research is needed, but it should focus on two main types of questions. Are the high-income states implementing better policies? Or are there norms surrounding health that are present in high-income states that are not present to the same degree in the lower-income states?

Smith: Are there any specific states that illustrate the differences that you're talking about?

Meara: In 1990, the mortality rate looked quite similar in Ohio and California. California was already a little higher income than Ohio, but what you see over time is California witnesses this incredible decline in mortality rates and Ohio is kind of stagnant and not really improving at all. If anything, it is worsening. The policies in these states, such as the generosity of health insurance benefits and taxes on things like cigarettes, differ in ways that may contribute to public health. But of course, you'll also see differences in behavior, such as differences in rates of smoking.

Smith: How do you think COVID-19 might affect the divergence in mortality between states going forward?

Meara:  I think you are certainly going to see some divergence in mortality. We're certainly seeing divergence in case rates, hospitalizations, and deaths, and that's correlated with a lot of other things going on in those states. A question in my mind is whether you can disentangle some of these policies in higher-income states—where they took more precautions against COVID—from cultural norms that may have led to a different public health response in other states.

Foote: I also think that COVID-19 illustrates the difficulty of disentangling policies and behavior. If you have an area that puts more emphasis on personal freedom and that sort of thing, you may see that reflected in the policies specifically relating to COVID-19, like mask mandates, but also on people's views towards vaccination or social distancing. COVID-19 may not provide us a lot of leverage in learning more about this. Unfortunately, it may sort of illustrate the identification difficulties of sorting these potential explanations out.

“Rising Geographic Disparities in US Mortality” appears in the Fall 2021 issue of the Journal of Economic Perspectives. Music in the audio is by Podington Bear.

Why do people in some parts of the United States live longer than others?

Deaths of Despair and the Future of Capitalism