The consequences of school choice

Harvard professor Chris Avery discusses how allowing students to leave their neighborhood for their education may undercut policymakers' goals. 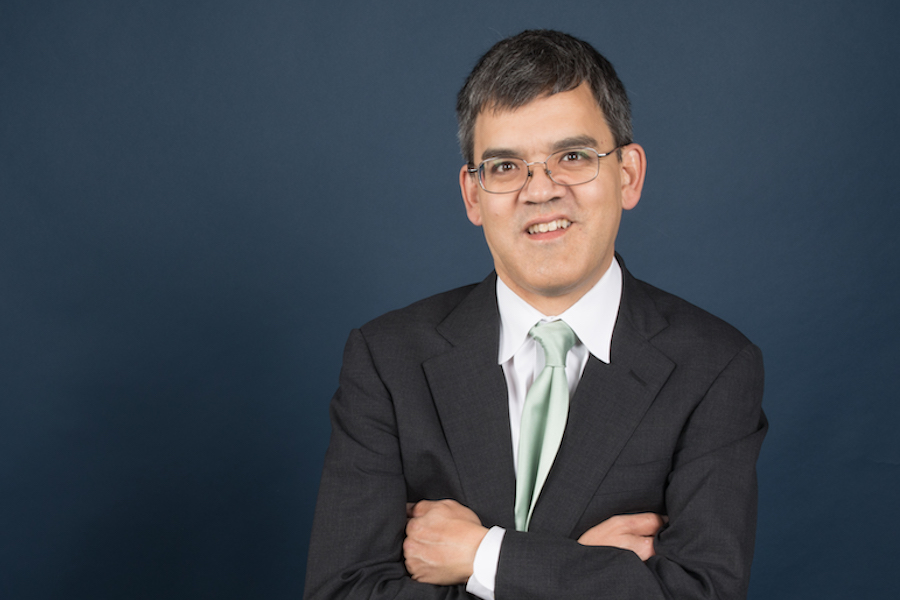 Chris Avery is a professor of economics at Harvard University.

In the US, most students enroll in their neighborhood school. But sometimes, they have a choice.

Families might be given vouchers for other public or private institutions further from their homes. Policymakers’ hope is that kids in underperforming schools won’t be limited by where they can afford to live.

Harvard professor Chris Avery says that the housing market is important to how school choice programs function. In the January issue of the American Economic Review, Avery and his coauthor, Parag Pathak, update some of the economic models from a high point of school choice research in the 1990s to consider how these programs affect where people live. Their results show how choice programs can actually undercut their own goals.

Avery spoke with the AEA’s Chris Fleisher about the research on this issue, the challenges of detangling school assignment from family income, and the potential implications for educational reform.

The highlights of that conversation, edited for length and clarity, follow below. The full interview can be heard using the podcast player

Chris Fleisher: A common rationale for school choice is to improve the quality of school options for disadvantaged students. But your analysis says that these programs may undercut their own goals. How so?

Avery: Let me give you a little bit more of the general background to the paper. These are not new questions. . . . In the 1990s, Dennis Epple and Richard Romano wrote a series of papers. Thomas Nechyba, who's at Duke, wrote another series of papers. They were thinking at that time about school vouchers as a mechanism for enabling students who otherwise would be just going to a neighborhood school. . . . We thought that we wanted to bring those insights and the modeling techniques back so that they'd be in more widespread use.

One of the things we discovered is that by changing the model very slightly, and thinking about the more general equilibrium effect of school choice, housing prices tend to be higher in areas that are connected to popular schools. When you change the assignment rule, that's going to change the housing prices and change where people live. The general implication in our paper is the idea that the outside option really matters.

Fleisher: How do these (school choice) programs undercut their own goals?

Avery: They would succeed in theory if you could fix the housing locations and housing prices and nothing else changes except the school assignment rule. . . . If you institute an assignment system that allows everybody equal chances to get to any school based on a lottery, then yes, nominally you'd see an immediate effect, which is that poor people would have the same access to all the schools as everybody else.

But then there's this secondary phenomenon, which is the general equilibrium response. What you pay for in a house is the opportunity to live in a particular place and have access to particular schools. Once that assignment rule changes, housing prices will change. It makes it more attractive to live in the lower income neighborhood and less attractive to live in the higher income neighborhood. We would see a narrowing of the housing prices, but that narrowing of the housing prices turns out to be not so good for renters because now it's more expensive to live in the same place. The people you're trying to benefit get access to the better schools, but they have to pay more and they get priced out.

Fleisher: There's a point in your paper where you say that school choice narrows the range between the highest and the lowest quality schools compared to neighborhood assignment rules. Could you explain that a little bit more? . . . If you've got school choice, it seems like all the students are going to choose to go to the best school, and that's going to deplete resources from other schools that maybe don't fare as well. They're going to have fewer students and fewer resources.

Avery: There's no real agreement on what makes a better school. And there's not even any certainty that the schools that are the most popular are necessarily the best schools. . . . In our paper we follow one tradition, which is to model the quality of schools based on the inputs from the students and their families. The idea is that there are some people who have more interest in school or the ability to contribute to the school by spending time there and volunteering or running clubs, donating money, and so on. Whatever the model is of what makes a high-quality school, if it's connected to the students who enroll, then what school choice does is mix people up in a way that they weren't mixed up before.

[I]n a world where there just aren't enough high-quality schools, the bigger challenge is going to be to promote more dispersion of quality, produce more schools that really are great as opposed to spending a lot of effort trying to get equal access to the relatively few schools that everybody agrees are worth the effort.

It's certainly true that there's going to be more interest in attending the most popular school. We see a tremendous number of applications at the college level to the Ivy League and to Stanford, MIT, University of Chicago, other prominent colleges. But an interesting fact is that . . . however the admission rules are conducted, there are (constraints on) capacity. And at the K–12 level, that is going to mean more really talented students don't get to go to the most popular school. And mixing people up more in this fashion is going to then reduce the disparity between what's going on at the most popular school and others. That's exactly what's going on in our model. If there were no capacity constraints, then we might get to a world in which some changing around the rules could certainly expand the differences in quality between the extremes. But in a world with capacities and limited enrollment, that's not going to happen.

Fleisher: So what are the implications of this?

Avery: I think we learned just how hard it is to address the natural tendency to have school assignments that really depend entirely on family income. Under a neighborhood assignment rule, which is the most common, people move to the places based on their ability to pay for housing. There's a connection between housing prices and the popularity of the schools. People who can afford to pay more end up having their children attend a different set of schools than the people who can afford to pay less. School choice rules are one method of trying to attack this phenomenon.

I think one of the things we've learned is that it's very hard to overturn that natural equilibrium. A more general point is that in a world where there just aren't enough high-quality schools, the bigger challenge is going to be to promote more dispersion of quality, produce more schools that really are great as opposed to spending a lot of effort trying to get equal access to the relatively few schools that everybody agrees are worth the effort.

Fleisher: In this paper, you say that this model suggests that systemic changes beyond the details of school assignment may be necessary to reduce inequalities in education. What kind of systemic changes do you have in mind?

Avery: I think what we had in mind is much more radical changes, whereby society puts a monetary figure on education in a way that it hasn't. At the higher education level, many states are reducing funding for their public colleges.

At K–-12, we know that teachers are underpaid. It would be great to see a variety of changes that would make teaching not only a high-status profession, not only in terms of social views, but also a high-status profession financially. . . . Rather than having such a paucity of high-quality schools and so much chasing around of families trying to make it possible for their children to attend that small set of really popular schools, make it possible for everybody to have access to those schools.

“The Distributional Consequences of Public School Choice” appears in the January issue of the American Economic Review.

Does educational choice lead to success?