Stephanie Cellini discusses the ways students are affected in a much maligned industry. 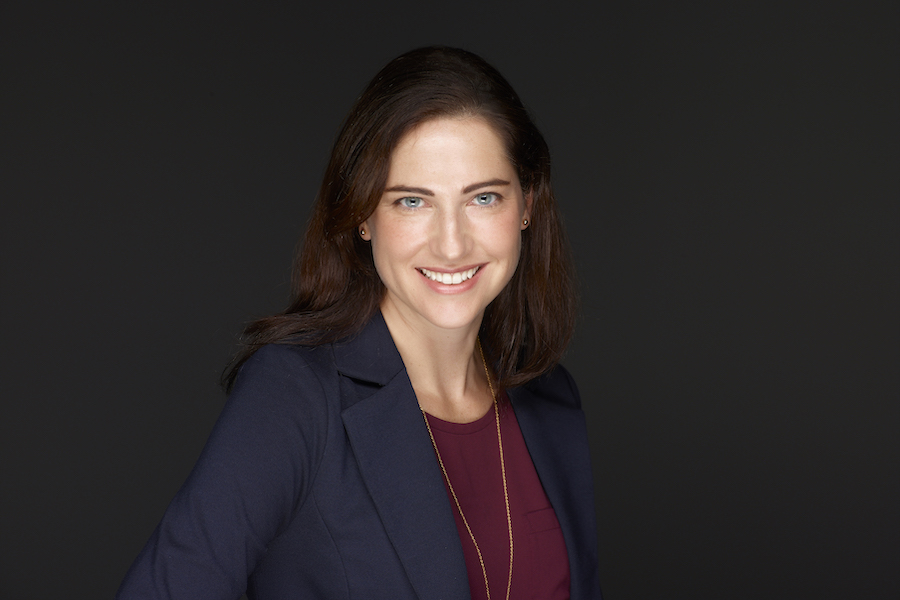 But now, with a sympathetic Education Department and skyrocketing demand for online education amid the Covid-19 pandemic, for-profit schools are preparing for a comeback.

Our guest today says that could be a cause for concern.

Stephanie Riegg Cellini has studied the industry for more than a decade. She says that despite claims that for-profits are serving people ignored by traditional schools, students at for-profit schools are generally better off in less expensive community colleges and public institutions.

There is little reason to believe that for-profit colleges have learned from their past mistakes, and yet we may see many laid-off workers flocking back to these schools amid a poor economy.

Her most recent paper, with coauthors Leslie Turner and Rajeev Darolia, appears in the May issue of the American Economic Journal: Economic Policy. Cellini spoke with us about that research, whether for-profits could get a boost if the US heads back into recession, and why policymakers must remain vigilant. The edited highlights of that conversation are below. Listen to the entire interview using the podcast player.

Chris Fleisher: You've done a lot of research around the for-profit college industry and the consequences of having these schools as part of our higher education system in the US. How did you get interested in this industry and why do you believe it's so important to examine from an economics point of view?

Stephanie Riegg Cellini: I really became interested in for-profit colleges while I was in grad school. At the time there were lots of late-night cable TV commercials that would promise huge earnings gains from very short-term programs: six weeks to be a dental assistant where you're going to be making just enormous sums of money. I really wanted to know if this was true and how these institutions and these programs might compare to less expensive community college programs that I had studied previously while I was working at the Urban Institute.

Fleisher: As an economist, what kinds of questions were you interested in examining?

Cellini: I was really interested in thinking about the returns to education and the kinds of earnings gains from these institutions and programs and seeing how those compare to more traditional college programs. But then there's this other question about why students might choose a for-profit college, a more expensive college. Typically tuition is about five times as much as at a community college. So I started to wonder if these two types of institutions and programs were substitutes for each other and what the market for this sub-baccalaureate level of education really was. Were students able to switch between them, were the two sectors substitutes for each other, or were they filling different needs for different students?

Fleisher: In this most recent paper, you looked at what happened with enrollment at for-profit colleges during this period of the late 80s and early 90s of regulatory crackdown. Before we get into what you discovered, can you briefly describe why schools were being penalized?

Cellini: In the late 1980s, there were a lot of allegations of fraud and abuse in the for-profit sector, similar to what we saw around 2010, where there were allegations of misrepresentations in advertising. There were allegations of fraud in different student aid programs. The federal government started investigating in the late 1980s and ultimately put in place what we call cohort default rates. These cohort default rates were new accountability metrics in the early 1990s that are benchmarks that schools had to meet, and if they don't meet them, they would lose federal student aid.

Fleisher: Why did you think this particular question was important?

Cellini: This paper was really motivated by claims by the for-profit industry that new regulations for for-profits would lead to a substantial number of students being pushed out of higher education if schools closed.

Fleisher: These kids were not going to be getting an education at all. That was their argument?

Cellini: That's right. The argument made by the for-profit industry in response to more recent regulations that have been proposed is that it would lead to a substantial number of students being pushed out of higher education, and that the students would forgo higher education altogether if they could not go to these for-profit colleges. I had a previous paper way back in 2009 in the AEJ: Policy  in which I had asked whether for-profits and community colleges were substitutes. I looked at just California data, and I did see that students kind of switch between sectors.

I had seen this substitution and thought, along with my coauthors Leslie Turner and Raj Darolia, this paper most recently in the AEJ: Policy; we wondered whether this substitution was still going on in other contexts. Will the substitution still happen when for-profits are sanctioned and kind of threatened with the loss of federal student aid?

Fleisher: What happened? Where do students go when a for-profit school lost federal aid?

Cellini: We find that actually most of the enrollment loss in the for-profit sector is really compensated for by gains in neighboring community colleges. We saw that, rather than forgoing education when the for-profits were affected by regulation, students really shifted sectors, and the vast majority of them—about 70 percent—eventually enrolled in nonprofit and public (schools) in their local area.

Fleisher: The for-profit industry for the past couple of years has been anything but profitable. But I saw a story recently saying that they think they're poised for a comeback, partly because the pandemic right now has forced everyone into online learning where for-profits have really dominated. If for-profits do actually bounce back and become a stronger part of our higher educational system, what does your research suggest about the potential consequences of for-profits having a stronger role to play in higher education?

Cellini: Good question. Just some interesting data to think about. Pre-pandemic, about 55 percent of for-profit students were attending completely online, and that's relative to about 6 percent in public institutions. You can kind of imagine that these for-profits are pretty well positioned, at least financially, during this pandemic. Those that were already fully online are adapting to this environment here more easily than nonprofits, potentially, that were based on campus. . . . These large online schools might see an uptick in enrollments, particularly if students want to stay home in the fall. They don't have to support campuses; they're already prepared for that online learning.

I've also heard there's been an uptick in advertising already to attract laid off workers, and of course for-profits are really known for aggressive recruiting and sometimes misleading advertising. . . . I think they will try to attract new students and potentially laid-off workers. We did see a spike in enrollments in for-profit colleges during the last recession. I think we might see that again.

Fleisher: What do you think policy makers should be watching for so we don't repeat some of the same missteps that led to high student loan default rates?

Cellini: I do think we need something like “gainful employment” reinstated that looks at the earnings of students and what they're paying to attend these colleges. I also think we need to reinstate and strengthen the borrower defense rule that makes it easier for students who are defrauded by their colleges to have their loans forgiven.

Fleisher: Your research generally doesn't look very favorably on for-profits. Is there a place for them anywhere in our higher educational system?

Cellini: I think there's a role for high-quality for-profit colleges, where students can take coursework and get degrees in flexible learning environments, but that those degrees and certificates need to have high enough earnings gains so that students can reasonably repay their debts. I do think we need the right accountability measures in place. We need guardrails to ensure that students aren't being taken advantage of by institutions that are in search of a profit, institutions that are trying to get federal student aid from students they enroll, and have very little on the line in terms of accountability for the students' outcomes.

It's very difficult for students themselves to assess quality in colleges. We need to make sure that the government is stepping in to ensure that students have not only all the information they need, but that students have high-quality (options) to choose from when they're looking around.

“Where Do Students Go When For-Profit Colleges Lose Federal Aid?” appears in the May issue of the American Economic Journal: Economic Policy.

"An ambassador of the economics profession"

Gregory Mankiw reflects on three decades as a textbook author.

An interview with Melissa Kearney about the impact of educational television on young children.